Article Is A Six Year Old Too Young To Use A Public Bathroom Alone? 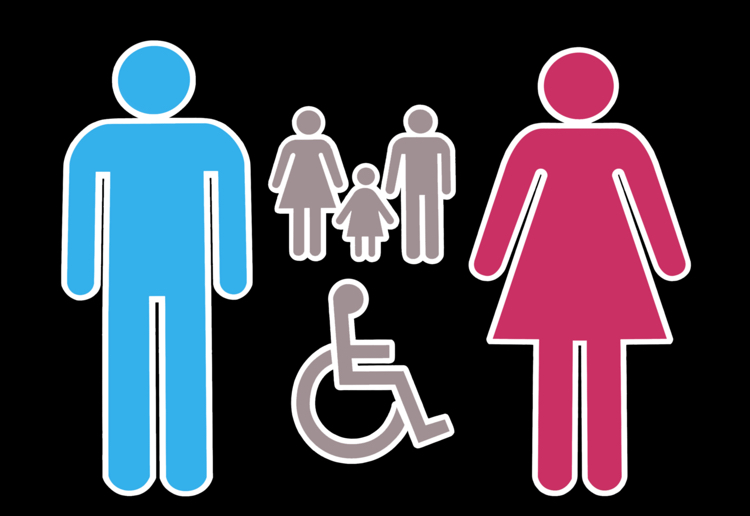 Should A Six-Year-Old Go To A Public Bathroom Alone?

The parenting community was up in arms after a mum has reported seeing a poster outside the bathrooms in their local mall.

The sign reads, “Please. Boys over 6 years of age use Men’s restroom. Thank you.” 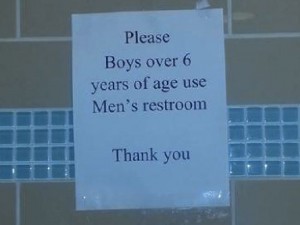 Parents were outraged about the sign saying that they were not comfortable sending their young kids into a public bathroom alone and six years old was far too young for a child to use the facilities by themselves.

Fierce online debate rages after a mum revealed her husband takes their daughter into the ladies’ toilets when out in public places.

In a related incident, a mum explained how she had told him ‘women don’t like that’, arguing that he should take their four-year-old into the men’s toilets.

Some members of the parenting forum agreed, saying ‘adult men should never be in women’s toilets’, while others had more sympathy and said they could understand why he wouldn’t want to take her to the men’s loos.

Several people suggested he should take her to the disabled toilet instead, sparking anger about whether this is appropriate or not.

We at MoM think this is totally cool and would not blink an eyelid to see a dad in the loo with his young daughter. GO DAD!

I would not like to see little girls in the men’s toilet.

I send my boys (mainly the eight year old) into the ladies loo if I am on my own. I hate sending him into a male toilet alone.

Are Family Rooms The Answer

It’s pretty obvious to us that family or parents rooms are the answer. However, these have also attracted their fair share of controversy.

Recently we shared how a QLD Dad was called a “sicko” and forced to leave a shopping centre parent’s room while changing his son’s nappy. READ that HERE.

While another dad was told he was a ‘dirty old man’ for taking his seven-week-old baby into the parents’ room. Read his story HERE.

What do you think? When would you feel comfortable sending your kid to the bathroom alone?