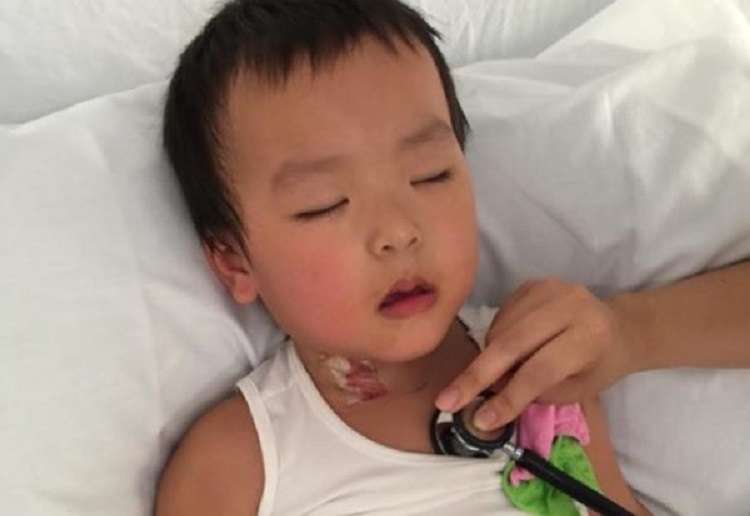 A Perth family are desperately hoping an experimental treatment in Mexico will help save their dying four-year-old daughter.

It’s a last resort effort from parents Trung and Sandy Nguyen who have spent more than $200,000 on an experimental treatment, The West Australian reports.

Four-year-old Annabelle was diagnosed with diffuse intrinsic pontine glioma, or DIPG, in September 2015 with her parents refusing to accept doctors telling them nothing could be done to save her.

“Two years ago we were told to go home and ‘make memories’ for the next six to nine months, and if we were lucky we would get 12 months, so we should make the most of it,” Mrs Nguyen said.

“No parent deserves to hear that.” 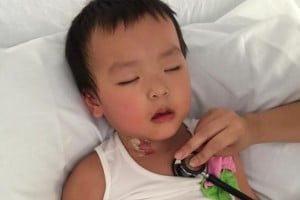 After the family were told Annabelle had a short time to live they moved to Vietnam to try Chinese medicine.

The treatment Annabelle – who has been in Mexico since May – is receiving involves immunotherapy combined with intra-arterial chemotherapy drugs that are administered directly into the tumour.

“We haven’t seen a huge effect on the cancer but doctors here are happy with her progress, with slight shrinkage of the tumour and less intensity, or enhancement,” Mrs Nguyen said.

“This might seem nothing for what we’ve been paying but the little baby steps are big steps for us.”

“Half of me died the day Annabelle was diagnosed and for now we hope for a cure so I can see my daughter’s first day at school home in Perth,” she said.

“I’m emotionally and physically exhausted but I’ll do whatever it takes to fight this monster.”

“She doesn’t look any different to other children her age, except there is an incurable brain tumour inside her head,” her mother said. 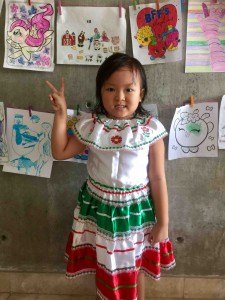 The family have set up a GoFundMe Page to help with ongoing costs.

A recent update on the Gofundme page thanks everyone for their support.

“It has been almost four months since Annabelle having the IA treatment done here in Monterrey. It sure has been a rocky road for us, seeing her struggles every time she went in, it breaks my heart. Never have I thought that we will ever experiencing anything like this. Living in ‘fear’ everyday, what will happens…she is fine now but what if, that if… Also, being homesick is not helping as well. 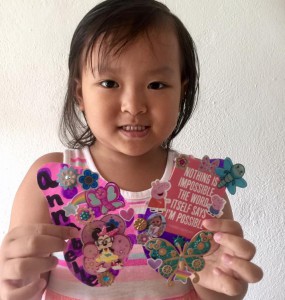 “Thank you everyone for your supports over the last months, sure it’s not an easy road that we are facing but eventually, we will get there. Follow Annabelle on her journey #fightingdipgwithannabelle on Facebook.

Give her a chance to grows up and a special person as she is. Thank you all so much from the bottom of my heart. We are forever thankful for all your helps .”

We wish little Annabelle loads of strength to continue her fight. Big love to them all xx