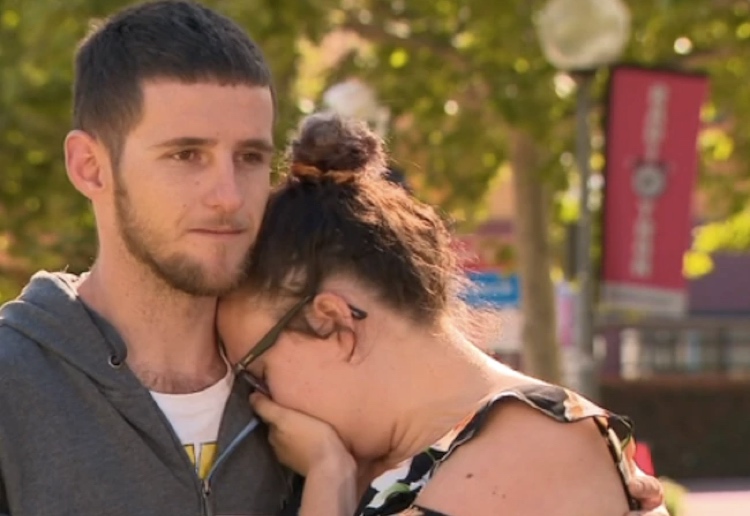 A one-year old was discharged from hospital after medical staff missed that she had broken her neck after a car crash.

The parents of Lorelei Bellchambers are fuming after Wyong Hospital on the NSW Central Coast missed crucial signs indicating that the toddler had a broken neck after she was a passenger in a vehicle head-on collision.

Five hours after the child and her mum were admitted to the hospital, following the accident, the pair were discharged.

The Bellchambers, however, called for a more extensive examination after Lorelei was clearly still in pain.

Mum, Elise, told 7NEWS that a scan needed to be done.

The following afternoon, Lorelei was taken back to the same hospital by ambulance and then transferred to Gosford hospital the next day.

Two days after the accident occurred, the little girl was finally examined by a surgeon and a neck brace was applied.

That night, she was put in an induced coma, so that she wouldn’t move, and flown to Westmead Hospital in Sydney.

There, the medical team discovered that Lorelei’s C1 and C2 vertebrae, at the top of her spine, had been fractured.

“We are past angry, we are furious,” Elise said.

If doctors do need to do surgery on the young girl, it may affect her ability to walk in the future.

The NSW Health Department has apologised to the family and has assured them that they will conduct a full investigation.

“This is my daughter lorelei, this has been so frustrating and we have done nothing but try to be respectful of the staff when we were there. I asked for a scan of her and they refused. We are just hoping and praying that she makes it through with no effects on her, later in life.”