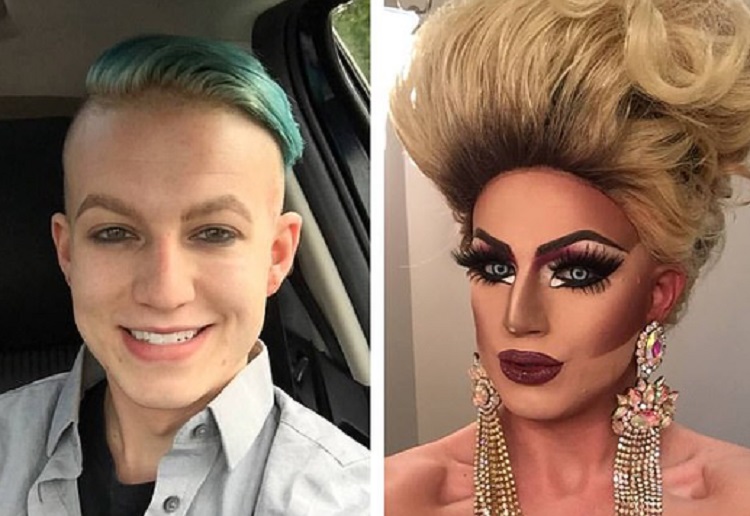 A Colorado middle school was forced to apologise for not warning parents that a drag queen would be among the invited guests to speak to students as part of a career day.

The drag queen named Jessica L’Whor was among those who spoke to 12-year-olds at a career and literacy event at Rocky Top Middle School in Denver last Friday, reports Daily Mail.

Introducing herself as Ms Jessica, the dancer and performer spoke to the students about her career and bullying.

She read part of a children’s book called ‘Horrible Harry’, which is focused on bullying, and then spoke about the damage it can do to people.

Ms Jessica said she believed the message resonated with students.

‘I had a couple kids that were like, ‘I’m gay in school and I get bullied every week and I don’t know what to do and just talking to you helped me realize that I can still be me and still be happy,” she told local news outlet KDVR.

‘I got messages being like, ‘Thank you so much for coming to my class. I was having a really horrible week and you made my day’.’

Ms Jessica was invited to speak at the career event by a student who is one of her relatives.

Following the outrage from some parents, the school said it was not apologizing for allowing Ms Jessica to speak.

They did, however, apologize for not warning parents that Ms Jessica would be speaking to the children.

Principal Chelsea Behanna sent a letter home to parents saying a handful of parents had expressed concern over Ms Jessica’s presence at the event.

Ms Behanna said she took responsibility for not notifying families ahead of time and apologized for any stress it had caused.

‘Moving forward, a prominent step in planning for next year will be to share the guest list for all families prior to the event.

‘Should you feel like any of the sessions are not appropriate for your child, you’ll be welcome to notify us and we’ll make alternate arrangements for your child during that time.’

Ms Jessica told Daily Blast in an interview that opening up these conversations with children is a very important discussion that needs to occur more often.

Watch the interview below

Would you have an issue at all with this?