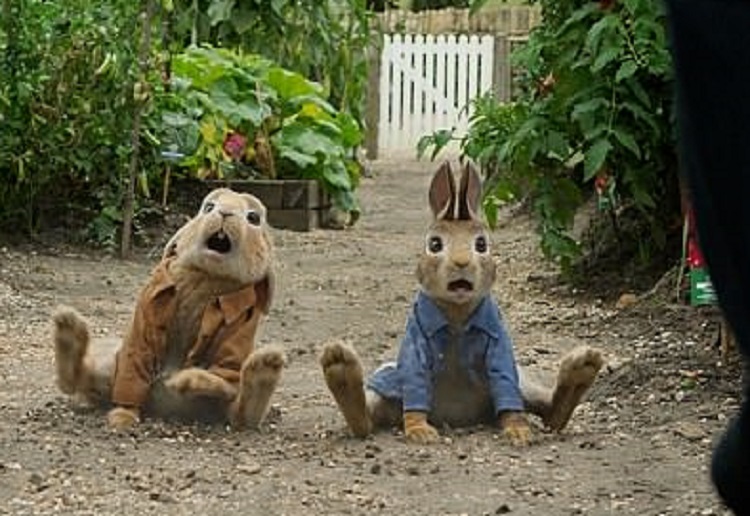 Parents shocked when a horror movie clip was played before a screening of Peter Rabbit.

A Perth woman said she had taken her sister’s children on an outing to Event Cinemas in Innaloo when the trailer for the horror film, Hereditary, played before the screening of Beatrix Potter’s classic children’s story.

Jane said the cinema was full of people and at least 40 kids were present when the lights came down and the horror trailer started to play.

She said the moment the trailer started people knew something wasn’t right.

‘It was dreadful. Very quickly you could tell this was not a kid’s film. Parents were yelling at the projectionist to stop, covering their kids’ eyes and ears,’ she said.

The two minute trailer shows scenes of scissors being pinched into a dead pigeon’s neck, a corpse laid out in a coffin, a boy bloodily smashing his head into a desk and a man on fire.

The film has not been released in Australia yet but has a MA15+ rating, while Peter Rabbit has been rated PG.

Jane said some parents scrambled to stop their children seeing the trailer. Some fled the cinema and others rushed to get a staff member.

‘Eventually a senior staff member came in with a walkie talkie and he shut the screen off. To his credit he apologised and offered us complimentary movie passes to make up for it.’

A spokesperson for parent company, Event Hospitality & Entertainment Limited, said they were investigating how the incident happened.

Oh gosh! Have you ever had a similar experience?