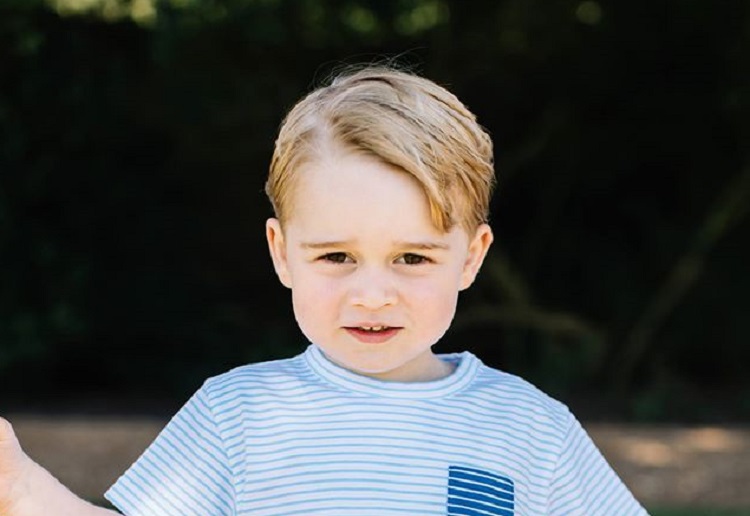 The Duke and Duchess of Cambridge shared four new photographs of Prince George to mark his third birthday. One of the images caused quite a stir.

The pictures to commemorate the young prince’s 3rd birthday were taken by photographer Matt Porteous at their home in Norfolk in mid-July.

A spokesman for Kensington Palace said:

“The Duke and Duchess hope that people will enjoy seeing these new photographs. They would like to thank everyone for all the lovely messages they have received as Prince George celebrates his third birthday.”

“I really enjoyed the opportunity to take these photographs of Prince George. It was a very relaxed and enjoyable atmosphere. I’m honoured that they have decided to share these images with the public to mark his third birthday.”

One photo in particular created quite a bit of controversy. Prince George was captured feeding his special fur friend icecream and the web went crazy!

The RSPCA animal welfare charity said it did not advise others to follow the child’s example.

“It is lovely that Prince George is trying to help keep his family dog, Lupo, cool in these high temperatures,” it said. “We would advise people to be cautious when giving their dogs food meant for human consumption as some items, like chocolate, can be highly toxic to dogs and dairy items can be difficult for them to digest.

“Instead of ice-cream we would suggest making an ice lolly from pet-friendly ingredients. Making these can be really fun for children and the end product is both safe and enjoyable for dogs.”

The Guardian reports, Dogs Trust charity also shared concerns. Its veterinary director, Paula Boyden, said it would “always advocate seeking methods to keep your dog cool, but possibly not in the form of an ice-cream, unless it is a dog-friendly version”.

She added: “The cows’ milk and sugar content in ice-cream can sometimes lead to digestive issues. Whenever you do treat your dog, do consider the ingredients and always seek the advice of your vet.”