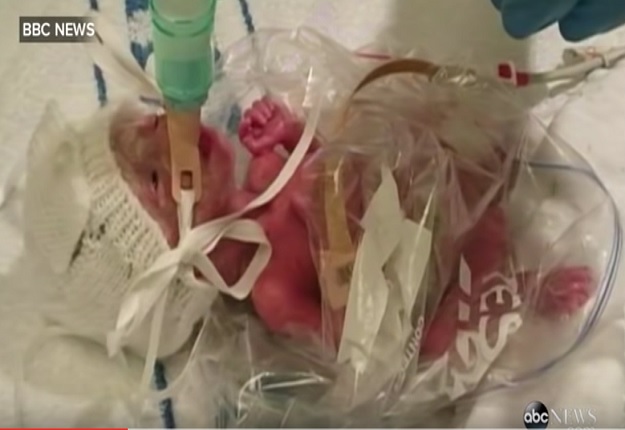 A baby born three months prematurely defied the odds by surviving  in a plastic sandwich bag.

Weighing less than 1lb, when she was delivered by caesarean section. Her mum, Sharon Grant was told by doctors her daughter might not live longer than an hour.

Sharon explained that her placenta wasn’t feeding her baby properly “and the umbilical cord wasn’t working well.” If Pixie had stayed inside her mother, she would not have survived, Grant’s doctors said.

“The birth was really stressful, I didn’t know if she was going to survive,” Grant added. “They let me put some music on in the operating theater…they got my blood pressure down and that’s when they put her in a plastic bag.”

She said: “They put her in a sandwich bag straight away to keep her warm and to keep her in a greenhouse-like environment. She was living hour by hour for weeks after that in intensive care.”

“Now she’s seven and a half pounds and doing so well.”