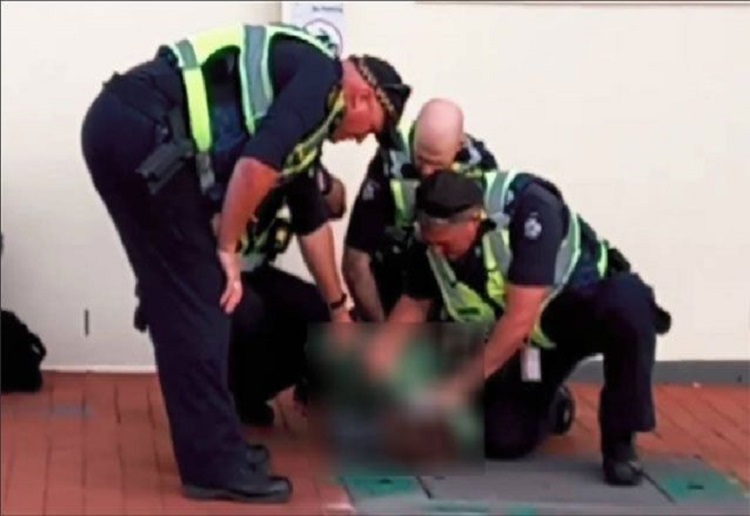 A woman recorded a boy being held down by four officers at a Victorian railway station.

She has accused the police being heavy-handed with the child.

The 70-second clip filmed on her mobile phone shows the child doubled over on the ground of the Bendigo train station, as four male officers restrain him.

One of the cops hold him down can be heard saying: “That is ridiculous, you’re not going to hurt my members or me, OK?” while the boy wriggles on the ground.

The boy cries out, trying to communicate with the officers and at one point he says, “Let go of me” and tries to explain himself.

The officer tells him: “Shut up. You had your opportunity.”

“He’s a child!” the woman shouts out. “Are you going to pepper spray him? Tazer him next?”

One of the cops says the boy is autistic and doesn’t understand, and explains he was running around on the roof at risk of danger to himself and others.

A police spokesperson later told 7 News Online officers checked with the child’s family and he does not in fact suffer from the developmental condition.

“Members arrested a 12-year-old boy during which he resisted arrest and reasonable force was used to execute the arrest,” a Victoria Police spokesperson told 7 News Online.

“No injuries were reported as a result of the arrest.”

You can view the clip below

Do you think their actions were extreme?