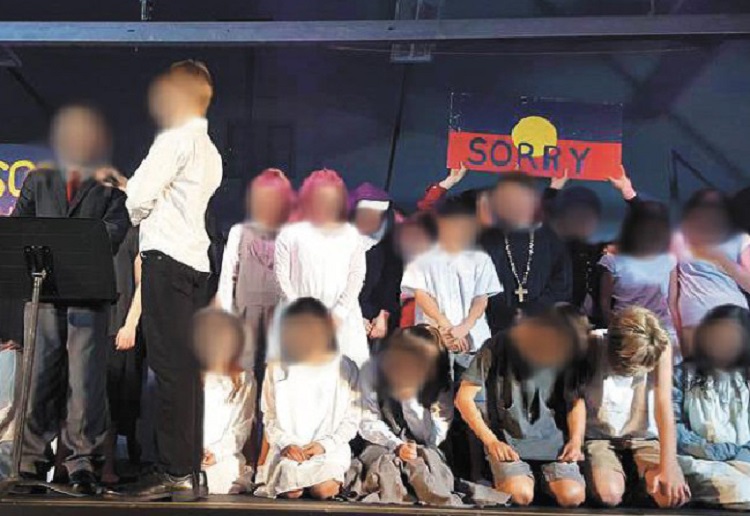 A primary school is under fire for a play that left parents horrified after it featured some students dressed as nuns to abuse “Aboriginal” children.

The school praised the play in its newsletter, saying: “We were pleased to see that at last the truth is being taught about Australia’s ‘discovery’ by Captain Cook as well as the ‘truth’ about our treatment of the stolen generation”.

Reports say the concert’s scenes ­included sections featuring grade 6 students dressed up as nuns “pretending to mentally and physically abuse the children playing the role of the stolen ­generation”.

Last night NSW Education Minister Rob Stokes said he was “aware of concerns in the community about content covered in a recent student concert” and requested a “full report from the Department of Education on what occurred”.

“While acknowledging the event was well intentioned, I wish to apologise to anyone who was offended by any of the performance,” he said.

Parents and friends were outraged that the “children were used as political pawns”, read the full story here.

Do you think the school did the wrong thing? How would you feel if your child was involved in this play?