Article Prince Harry is Already Back to Work! 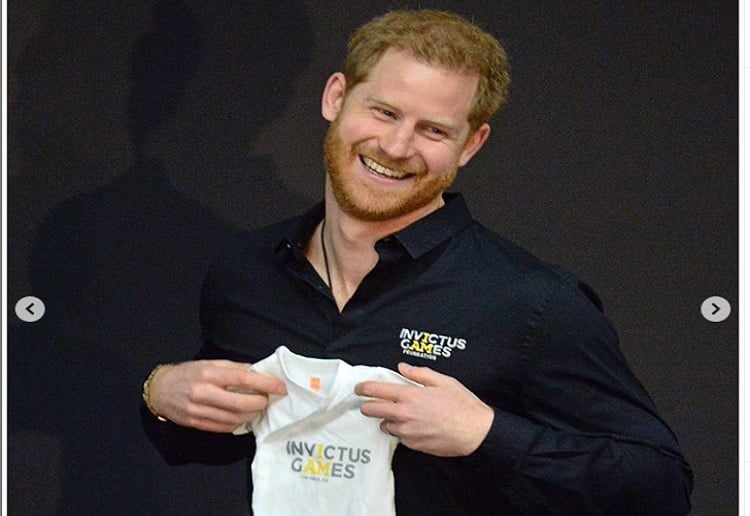 Prince Harry has returned to work, just days after the birth of baby Archie and the world is divided.

The Prince attended The Hague in the Netherlands to launch the one-year countdown to the Invictus Games, he was out in full force as he chatted with other guests, and he was more than willing to oblige in talk about all things baby related.

“He told me how special it was that his son has just been born … [and] how having a small child was his new focus and new goal,” Dennis van der Stroon, 31, recalled to reporters.

Today The Duke and Duchess of Sussex are delighted to share their first public moment as a family. They are so incredibly grateful for the warm wishes and support they’ve received from everyone around the world, since welcoming their son two days ago. Photo cred: Chris Allerton ©️SussexRoyal

A discussion on the Sunrise Facebook page saw people openly sharing their opinions on his flight abroad.

One fan said, “Haha Megan probably had enough of him at home when I had my children I sent my husband back to work because he was under my feet all the time it was nice to have him at home but I Just had to get back into a routine for me and my kids.”

“It’s not as though he was the one who actually gave birth is it, my husband went back to work an hour after our first baby was born.”

Another revealed, “My hubby went back to work from the delivery room!”

Another wrote, “So many people believe being a royal is all glamour! Having to leave your newborn just days later would be torture!”

I bet he also caught up on some sleep during his flight abroad!

The Duke of Sussex today attended the official launch of The Invictus Games The Hague 2020. The Invictus Games is an international sporting event for wounded, injured and sick Servicemen and women. Sport has the power to help people physically and psychologically. Our mental fitness is the key, because without it we fail to operate efficiently; but with it your physical performance and potential are exponentially improved and we have witnessed this over and over again. Thousands of hopeful competitors around the world are training hard, putting the hours in and aiming to represent their country once again at next years’ Games. 19 nations will be represented in The Hague, standing shoulder to shoulder, and showing the world what teamwork, friendship and loyalty really means. In these challenging times these values are more important than ever. It is your resilience, your determination and your courage which draw crowds in their thousands. Leaving them feeling more inspired, moved and proud than they ever thought possible. You have already proved – anything is possible. Make these games your own. We chose you for a reason. And it wasn’t just because I like the colour orange! Thank you all for guarding the Invictus Spirit and see you in 2020. – The Duke of Sussex A post shared by The Duke and Duchess of Sussex (@sussexroyal) on May 9, 2019 at 7:30am PDT

A discussiosn on This Morning called for paternity leave to be scrapped.

How soon did your partner return to work?