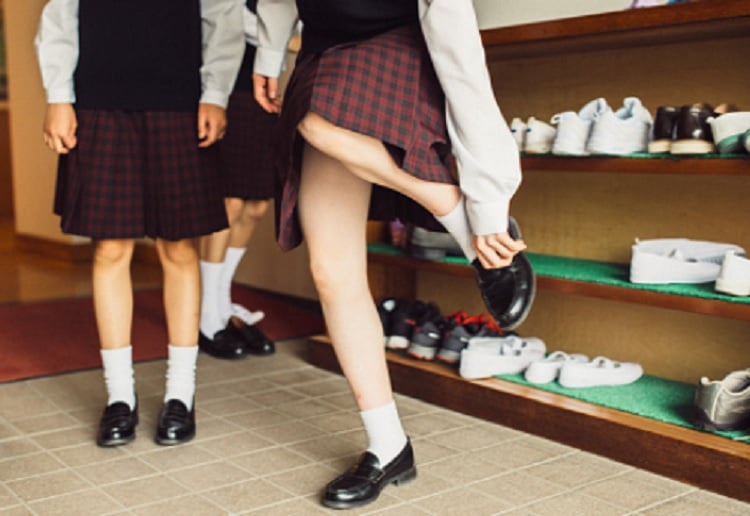 A high school principal who told female students that dress code violations put “every male in this building in an awkward situation” says his comments were a mistake.

“The administrators have openly acknowledged they made mistakes in how they dealt with their uniform concerns and they have apologised to all of the students in the classroom,” read a statement sent to Yahoo Lifestyle from Brian Beal, director of education at the Simcoe Muskoka Catholic District School Board, in Canada.

“It was never the principal’s intention to make anyone feel uncomfortable, and he is working to resolve any issues that students and parents have. As a board, we are all committed to learning and growing from this situation.”

The incident happened last week, when a 12th-grade student at St. Theresa’s Catholic High School in Ontario, Canada, surreptitiously recorded principal Bern Tate during a uniform check during which he and vice principal Megan Clarke asked girls to stand up in class to assess the length of their kilts, according to CTV News Barrie.

On the recording, a woman presumed to be Clarke tells a student of her skirt, “Yours is fine” while Tate says, “It’s like the #MeToo movement. You’re putting every male in this building in an awkward situation.”

“The male principal … can be heard in a video recorded by a student referencing the #MeToo movement and then saying, “You’re putting every male in this building in an awkward situation.” Several of the women in the classroom recalled him also saying, “Legs are pretty.”” OMFG

Later, student Hannah Arbour told the news station, “I was really caught off guard by what was happening because I didn’t expect that to ever happen.”

Another student said of Tate, “And then he was like, ‘We get it, legs are pretty,’” adding, “We were like, uh, that’s uncomfortable. We’re underage females in a Catholic school — why is that comment being made by someone of authority?”

Others were put off by Tate’s “legs are pretty” comment.

On Wednesday, Tate and Clarke apologised to students. “Mr. Tate has said it was a poor choice of words and that it should never have happened,” a school spokesperson told the news station. “And I would concur with that. We would never want to devalue any of our boys and girls.”

Recently parents were outraged after a public school principal suggested that a stricter dress code could prevent the sexual abuse of girls. – read more here