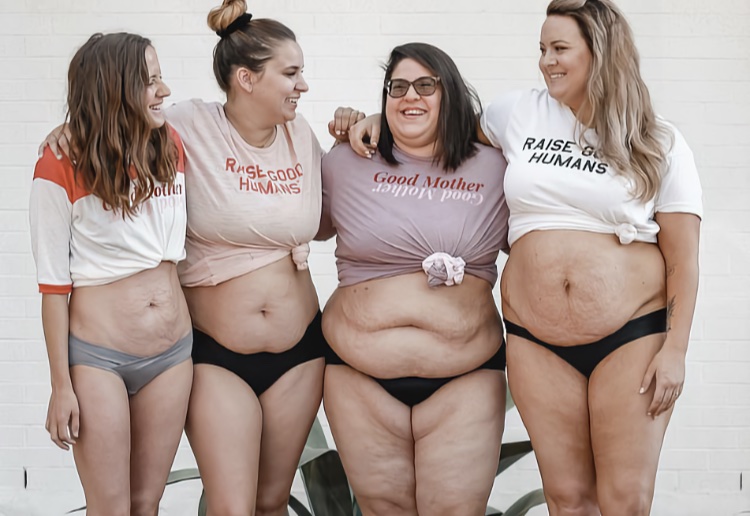 Four mums have come under fire for a photo they uploaded showing off their post birth bodies.

Bethanie Garcia, and her blogging friends Katie, Meg and Desiree, decided to share the pic to encourage women to celebrate diverse body types but were shocked when online trolls criticised them for promoting an unhealthy body image.

Every Body Is Different

The initial idea for the picture came about when Meg started a hashtag called #this_is_postpartum in an attempt to highlight to women that every body looks different post birth The Daily Mail reports.

“She asked Katie, Desiree and I to help her with it, and since then, we’ve collaborated on six plus projects together – ranging from body image to mental health,” Bethanie said. 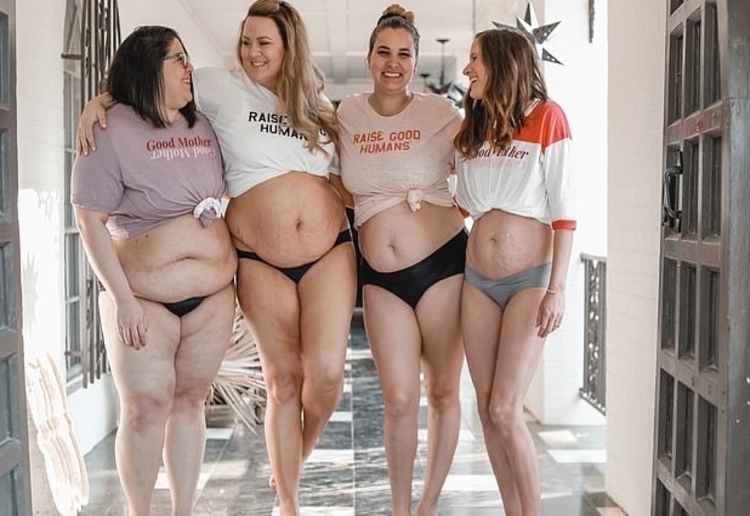 The image was shared on fifteen different Instagram pages and was praised for its celebration of diversity.

“This is beautiful and I’m glad to see women unapologetically loving themselves,” one commenter wrote.

It was this kind of response that the women had been hoping for.

“Our hope in taking the photo was that it would reach women who didn’t feel that their body types were represented in the media,” Bethanie said. “If it helped even one woman, we would be grateful and happy. And it did!” 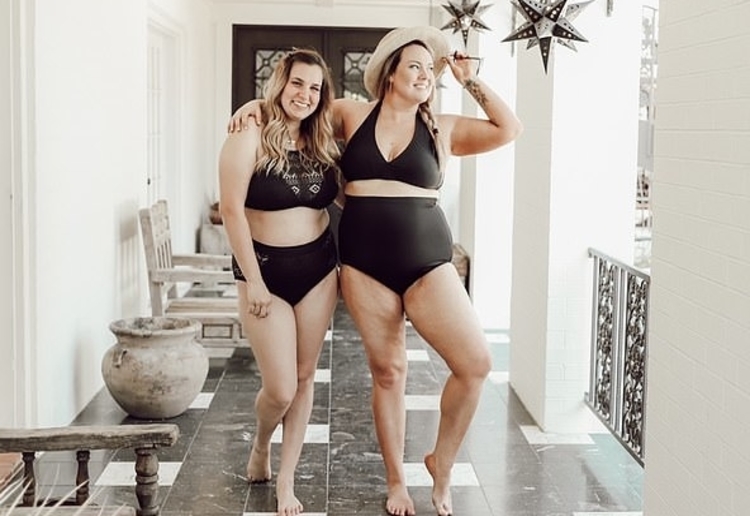 As with any post that goes viral, trolls are never far away, but the mums admit they were taken aback by some of the hateful comments they received.

“Why aren’t there any fit women in this photo?” one comment asked. “Not every post partum body is fat and loose.”

“Sorry, having a baby doesn’t do that damage,” wrote another. “The mother did it to herself by overeating during pregnancy.”

Bethanie says the mums were determined not to let the trolls win, releasing a second, defiant post defending their decision to share the picture.

“What’s even louder than all the haters and trolls is women who have said ‘finally a body that looks like mine’ or ‘I struggle with my body image and this made me feel so much less alone,” it read.

“Those comments are messages that make it all worth it!”