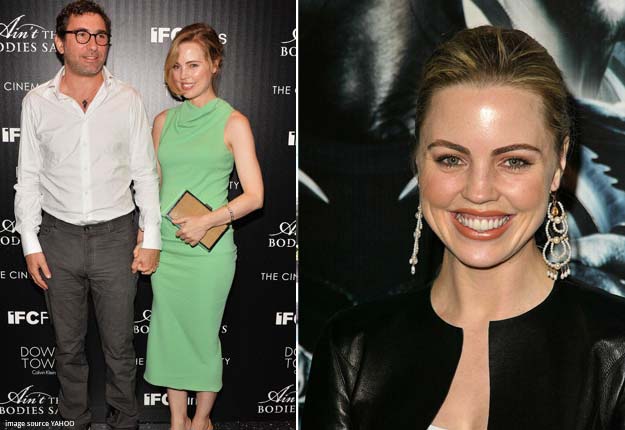 Australian actress Melissa George, who made her name here as Angel on Home & Away and has since starred in Alias, Grey’s Anatomy, The Slap and the Amityville Horror remake, is expecting her first child.

The actress, who turned 37 on Aug. 6, has been seeing French tech entrepreneur Jean-David Blanc for eighteen months and “This baby is very wanted and very much what we’ve been waiting for,” she told OK!

She was married to Chilean furniture importer turned director Claudio Dabed for 11 years and was stepmother to his daughter, Martina; the marriage ended in 2011. A relationship with hip-hop mogul Russell Simmons ended in 2012.

George, who is not revealing the baby’s gender, copped a bucketing in November for her reaction when The Morning Show (on the Seven Network) referenced her Home and Away work.

“I don’t need credibility from my country any more, I just need them all to be quiet,” she railed. “If they have nothing intelligent to say, please don’t speak to me any more. I’d rather be having a croissant and an espresso in Paris or walking my French bulldog in New York City.

“I’ve never spoken out about it because I have to be the loyal good Aussie, who goes away and comes home. But I’m a really hard-working woman and people have to respect me for what I’ve done … my next call will be to Home And Away to ask them to pay me because nobody does more promotion for that f–king show than me.”

Nine months on, the actress tells OK!, “I was very misquoted… I just don’t know why we were so fixated on the past when it was 21 years ago and the present was so exciting. That just threw me. It wasn’t because I needed the credibility; I’m just not that girl. All I said was, ‘Why come home when I feel so disliked?’ There was no disrespect to the show and I never said that I don’t like where I’ve come from.”