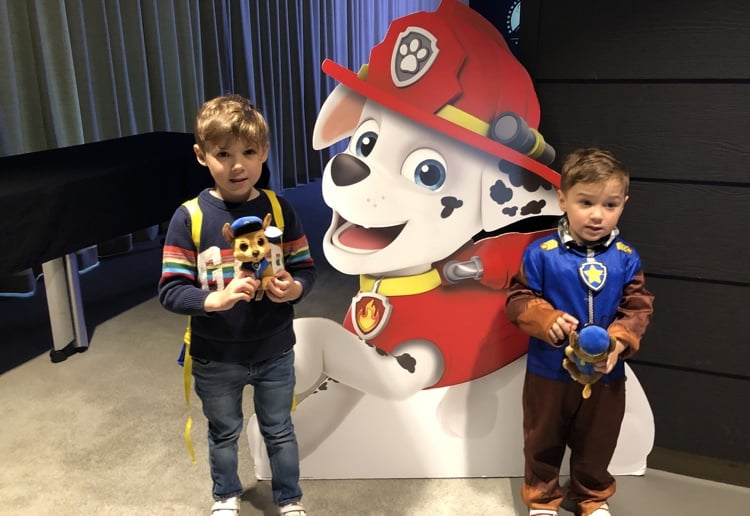 Do your kids have the need for speed?… Then you’ll be up for a viewing of the mighty pups latest hit movie adventure ‘Ready Race Rescue’, set to take the screens this October school holidays.

We were so excited for our outing to the cinema to see the movie, anticipation was rife in the lead up, our costume came out, as did our spinning toy and race vehicles ready for our day trip.

The fun commenced immediately with kid rock style music which enthralled master 5. We watched as our favorite pup Marshall took the wheel against the rival aptly named THE CHEETAH at the Adventure Bay 500.

The movie is well suited to kids in the 2-6 age bracket and apart from our obvious super star pups, there is a showcase of other known characters including Mayor Goodway and Mayor Humdinger with the kitten catastrophe crew largely star. The vocals of the characters are cute and sprightly –  not annoying at all compared to other cartoon shows around at the moment.

Master 5 watched intently as the many lessons in the movie took place including Marshals being coached. The vocabulary of the pups in this movie was beyond their usual using words such as EXHILARATION and GRATITUDE

As usual, there was scamming happening from Mayor Humdinger and the female cast member THE CHEETAH. The antics didn’t impress me as a parent as I dared to think what my children were thinking during the cheating. However, the kids weren’t phased at all and our post-movie conversation was thankfully about how cool the vehicles were. Although I was happy to mention and discuss this topic with my children, it didn’t seem they even realised the intentions of THE CHEETAH, it must have been too fast paced to comprehend and filled with many other glories.

The competitor’s vital cars seemed to go missing just before the race, some jam-packed chaos occurs as the pups work as a team to save the day. During the process, my boys were delighted to see all modes of transport present including the blimp, skateboards, and even a solar car.

Farmer Al had a scene that caused some loud giggles from the audience, a ladder topples over and he is left up high dangling, with some silliness as he hangs on tight and calls Ryder for help. Of course, a ‘race to the rescue’ takes place as I could hear sighs of relief from the audience. 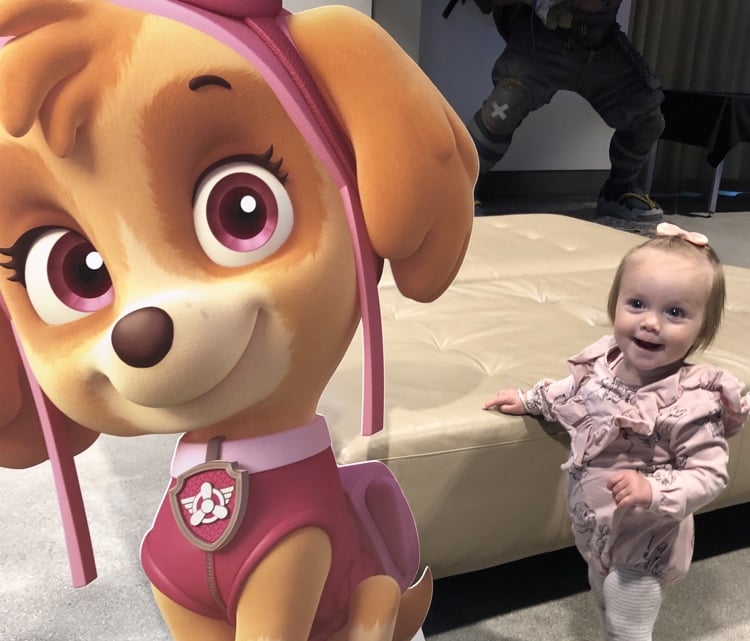 The final Race to victory includes scenery from the race track, to an out of town desert storm, adventure jungle, snowball scene and even over the bridge to barking berg. We felt as though we were in the race (or a video game version).

Definitely worth the trip to the cinema to view on the large screen.

I must mention the 44-minute length is spot on and a normal cinema viewing may be followed by two episodes of Paw Patrol.  Those with short attention can obviously leave so don’t be deterred if your cinema fact sheet shows up with a length greater than 44 minutes.

All in all a fun outing, you’ll never guess who wins! Let’s just say Master 3 particularly enjoyed getting his end result fulfilled as the “hugest trophy’ was handed out to the winner at the very end.

Are your kids a Paw Patrol fan? Tell us in the comments below!