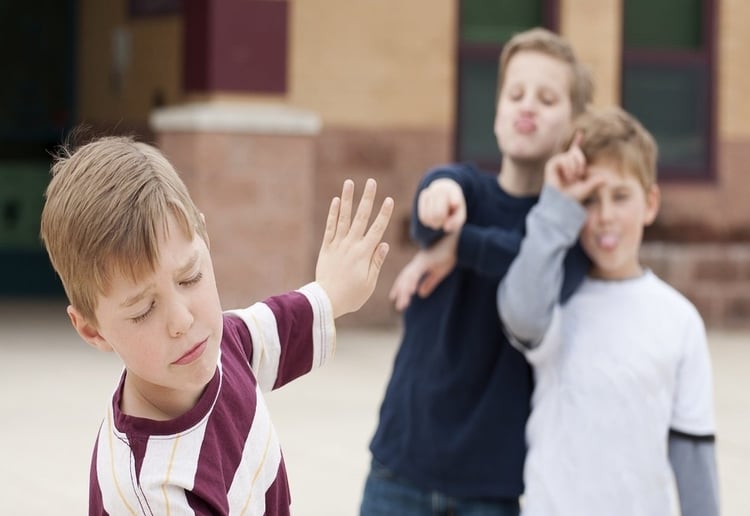 One of our mums shares her son’s experience of bullying and his incredible bravery.

It all started over a year ago between two best friends who became enemies overnight at only eleven years old. At first, it was just simple name calling during school hours, but over time, the bullying started to continue after school.

My child walks his friend to the bus stop everyday to make sure she gets the bus safely, and then continues on his way home on his bike, arriving home just after 4pm. On this particular day, he was grabbed around the throat by this boy and his younger brother, who kicked him in the balls, while their seven year old sister encouraged them.

He ended up in such a state that a passing parent drove my son home, despite him only being 200m away. He arrived white faced, dry retching and holding his tummy as a result of their attack. I contacted the school, police and the parent of the three children immediately.

The school completed a report and contacted all parties involved, and the police spoke to my son and gave him advice for handling bullies. The mother of the children, however, told me that my son is an animal and has me wrapped around his finger.

Time went by and this continued to be an issue, but my son received counselling and was handling the bullies with confidence.

Today, the school contacted me at 3:45pm asking me to pick up my son because it was not safe for him to make his own way home.

When I arrived, the school informed me that my son had been hurt and threatened by a parent, and by her children who were also involved. They took me into the sick bay where my son and two teachers were talking. After being informed of the whole situation, we were then walked to the car by a teacher. I am happy with the way the school handled the situation today, but I feel very disappointed that it took this long for the evidence to be taken seriously. M

y son was asked by the police if he would like to press charges, which he has now done, and has also given a statement of all events.

Fingers crossed this is the end of the pain, heartache and depression my son has experienced. I am over listening to him cry his eyes out at night in bed. He says he’s ok, but I know he’s not. He is a brave boy.

This mum’s story broke our hearts. If your child is experiencing bullying, contact their school immediately, and visit Kids Helpline for more information.

Has your child experienced serious bullying? Share your story with us.