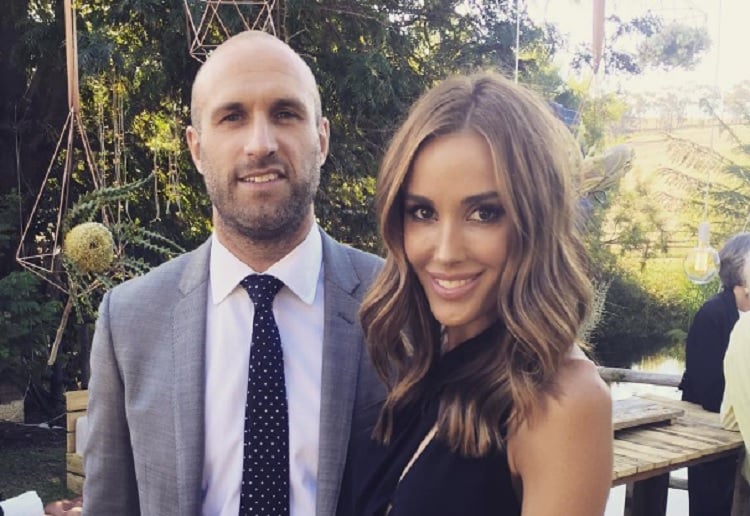 Rebecca and Chris Judd announce they are expecting twins.

“We are giddy with excitement but at the same time we are really shocked,” Rebecca told the Herald Sun.

Rebecca Judd is an Australian model and television presenter, while husband Chris is a former Australian Football League player.

“We can’t quite believe it.”

“We were weighing up whether to go for a third. We thought we would give it a try, and the first go we ended up having twins, which was so unexpected.”

“We are really going to have to re-evaluate everything now: work, life, cars, house — everything. I think I might need a mini van,” Rebecca says.

“It will be loud, and it will be crazy.”

Rebecca says her eight-week scan missed the second baby, which was only detected by the 12-week scan last week.

“I could see one baby, and then I could see a blob. And my words to my obstetrician were, ‘What’s that blob?’

“There was a little bit of silence, and then he said, ‘That’s another kid.’

“I screamed. I got the shakes and I almost fainted.”

Rebecca is glad the news is out: sharp-eyed viewers of Channel 9 News’ weather forecast had already been sending her messages of congratulations.

“Half of my job live on air is turning to the side,” she says.

“There is nowhere to hide.”

Bec posted on Instagram – “OMGEEEEEE- freakin TWINS are on the way. I get heart palpitations and sweats telling people as I’m still in shock but also giddy with excitement. Full story over on the Herald Sun.”

The couple already have two children – Oscar, 4, and Billie, 2.

Congratulations to the Judd family.