Article RESEARCH: More proof that smoking while pregnant is a bad idea 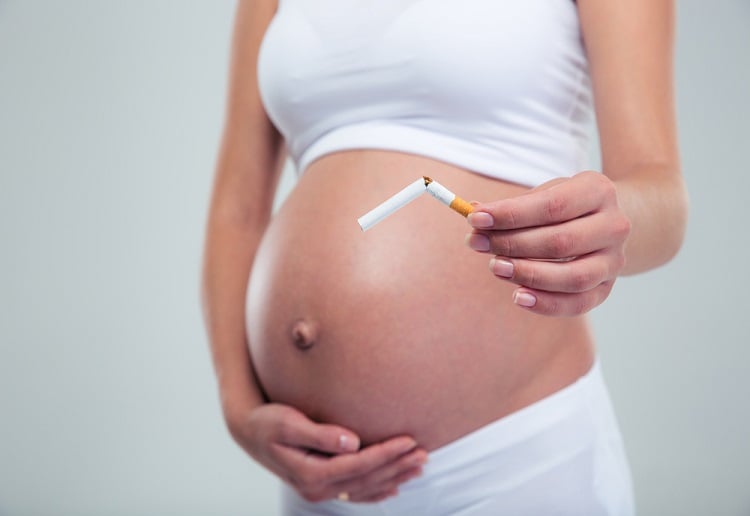 Women who smoke while pregnant may alter the DNA of their developing foetus, according to research.

ABC reports the international study of more than 6000 women and their children has found more evidence to suggest women who smoke while pregnant can alter the genes of their developing foetus.

Researchers identified 6073 places where the DNA was chemically modified differently – known as DNA methylation – in the children of regular smokers than in the newborns of non-smoking mothers.

The DNA changes were documented in samples of umbilical cord blood drawn after birth. Of the 6685 babies in the analysis, 13 per cent were born to mothers who smoked regularly while pregnant – leaving a lasting mark on the genome that leads into childhood.

Another 25 per cent had mothers who smoked occasionally while pregnant or had quit early in pregnancy.

A separate analysis found that some DNA modifications remained in hundreds of older children (those with an average age of six) whose mothers had smoked while pregnant.

The report was published in the American Journal of Human Genetics.

The study’s lead author Dr Bonnie Joubert says many signals tied to developmental pathways and the changes were seen in genes relating to lung and nervous system development, smoking-related cancers and birth defects including a cleft lip or palate.

Despite warnings that chemicals from cigarette smoke can be passed through the mother’s placenta, more than 11 per cent of Australian women continue to smoke while pregnant. Smoking while pregnant can lead to miscarriage, a low birth weight, SIDS and reduced lung function.

According to Dr Christopher Gregg, an assistant professor of neurobiology and anatomy and human genetics at the University of Utah, the study’s size helps “to more effectively rule out potentially confounding factors, such as maternal age and socio-economic status” and it had “high impact”.

“It is well established that pregnant women should not smoke, but these new results reveal that smoking during pregnancy leaves a lasting mark on the genome that persists into childhood, and identifies the sites and genes in the genome that are especially susceptible to these effects,” he tells the ABC.

“Whether these effects actually contribute to increased disease risk cannot be determined from this study, but this demonstration that smoking-associated epigenetic changes have functional relevance is important.

“Future work will be required to demonstrate causative links between smoking-associated epigenetic changes and offspring disease, but this study provides a reliable foundation on which to build.”

Quitline says “smoking during pregnancy is considered to be the biggest contributing factor to the development of complications during a pregnancy.

Cigarette smoke contains over 4,000 chemicals such as carbon monoxide, nicotine and cyanide. Tobacco causes long-term damage to the lungs, brain and blood of an unborn child and can cause pregnancy emergencies in the mother, by reducing the amount of essential oxygen and nutrients an unborn baby needs for healthy physical and mental development.”

Quitting smoking before or during pregnancy is the single most effective means of protecting your baby and yourself from the development of serious complications during pregnancy.

By quitting smoking before or during pregnancy you are:

By quitting smoking before or during pregnancy your baby is:

A baby exposed to tobacco smoke in-utero and through second-hand smoke as an infant is more likely to develop type 2 diabetes, heart disease, kidney disease and be obese as an adult. This risk is increased even if they are non-smokers throughout their lives.