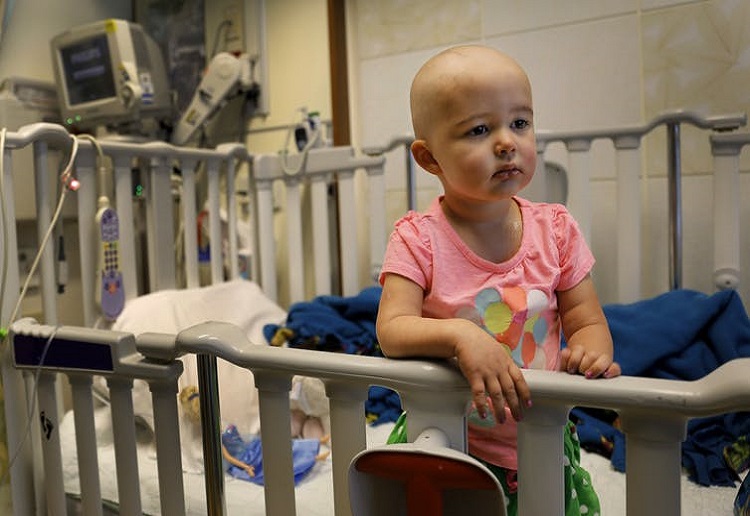 40 years after the birth of IVF, researchers push boundaries to preserve fertility in women, men and children.

Tears are a regular occurrence in a fertility clinic. Tears of joy, tears of frustration, tears of loss happen almost daily. For some, those tears are the tears of “what if.” What if I had tried to get pregnant sooner? What if I had known then what I know now?

Hope is the incredible gift that Robert Edwards and Patrick Steptoe, the pioneers who made in vitro fertilization (IVF) possible, gave to the generations that followed them. They continued experiments, even though society feared that “test-tube babies” pushed past boundaries never meant to be crossed.

Now 40 years after Louise Brown, the first child born through IVF (where the egg is fertilized with sperm in the laboratory instead of the body), this gift affects millions. The astonishing breakthrough has gone beyond initial, seemingly insurmountable steps and moved into realms that include routine egg and embryo freezing for patients uncertain if they are ready to pursue childbearing. Even further, we as a society are now entering frontiers that include experimental fertility preservation for prepubescent girls and boys through freezing ovarian and testicular tissue. These methods, like those of Edwards and Steptoe 40 years ago, hold a promise for generations for the future.

However, with this hope comes fear and anxiety. Patients may fear that this is the last time to try, that it will not work, or that someone or something will make a mistake or interfere at the last minute. For society, many wonder if new technologies are pushing us too far as we again explore how far people should push past our natural boundaries.

I am a reproductive endocrinologist at UPMC Magee-Womens Hospital and the University of Pittsburgh. Here at our institution, we are dedicated to seeking innovative ways to preserve fertility. Our patients range from those about to undergo cancer therapies that may harm their reproductive potential to transgender patients ambivalent regarding their desire to conceive with their own sperm and eggs. They are faced with this decision at far earlier age than most of us would ever contemplate.

The science and art of preserving fertility

My own research focus has been improvement of access to care for these patients, and I am humbled by the methods we have available and in development. As we continue to bridge the gap in experimental models, we are seeking to improve methods for ovarian transplant in patients who are ready to attempt pregnancy with previously preserved ovarian tissue. At the Magee-Womens Research Institute, we have scientists and clinicians work relentlessly to improve access to ovarian transplant as well as develop ways for boys and men with frozen testicular tissue to achieve their reproductive potential. The world of reproduction is an exciting and ever growing field.

Fertility preservation is a powerful example of how hope does not have to be blind. Although made widely accessible through IVF technology, research in fertility preservation began early as the 1600s, when Dr. Harry Brown first placed a jar of vinegar eels outside his window and thawed them the next day only to discover they were still alive. In the 1940s, investigators discovered that compounds called cryoprotectants could be used to freeze sperm. In the 1950s, the first baby was born after conception with frozen sperm.

The reproductive field subsequently exploded. Babies were born after conception from sperm extraction from the human body and births following conception from frozen embryos and frozen eggs were reported in the 1980s, soon after Louise Brown. Now both men and women had options for preserving their fertility. The experimental label was removed from egg freezing in 2013 and now women routinely wonder, “Should I freeze my eggs?”

It’s all about having the choice

The answer is deeply personal. Although no longer experimental, egg freezing is not currently indicated for elective use. While some insurance companies or employers may cover the significant costs associated with the process, the likelihood is much less than that of, for example, in vitro fertilization for infertility. That said, age-associated fertility decline is a real phenomena and the number of women in the U.S. delaying the age of first birth is steadily increasing. Since women are born with all the eggs they will ever have, age-associated fertility decline is a steady process that accelerates in a woman’s 30s. What should you do?

For those with a medical condition that will result in a high probability of loss of fertility, the answer is also not simple. Although males may produce a specimen, the urgency of that person’s chemotherapy may still dictate the number of attempts. Even without this urgency males facing therapy toxic to reproduction will still need to ask, “How many times should I try to freeze sperm before I start my chemotherapy?” For women, the question includes the need to delay medical therapy, e.g. chemotherapy or surgery, by approximately two weeks for hormonal treatment and the possibility that the treatment itself may cause risk.

None of these decisions are easy, but all still give hope and choice. For some, this is all that is necessary. Women who I see at Magee-Womens Hospital do frequently elect not to preserve eggs or embryos, but most are glad for the opportunity to discuss the option. Males may freeze several samples, but then subsequently discard them when the post-therapy analysis shows no effect on their semen parameters. Fertility preservation through these methods, and the hope they bring, are now a common, accepted practice.

Preserving the fertility of sick children

We fertility researchers still have challenges in front of us. Experimental options, such as ovarian tissue or testicular tissue preservation, are performed at academic centers such as Magee-Womens Hospital for those who can not use conventional technology. These are almost exclusively for patients with a medical reason to suspect their future fertility is in jeopardy. Pre-pubertal males who might face loss of future reproductive function due to planned chemotherapy might seek testicular tissue freezing as their only option.

For a 10-year-old child with lymphoma, the decision to freeze tissue for the possibility future children of his or her own is almost inconceivable. Although no births have resulted from testicular cryopreservation, current research by pioneers such as Dr. Kyle Orwig at the Magee-Womens Research Institute works on multiple potential methods ranging from transplant to use of stem cells to restore a patient’s fertility in the future.

For women who cannot go through the hormonal process to stimulate the production of eggs for freezing, freezing ovarian tissue is possible. Although ovarian tissue cryopreservation is still experimental, the first live birth from ovarian tissue transplant was reported in 2004. Once we see enough healthy children born after this procedure, the experimental label will likely be removed.

However, when women suffer from ovarian cancer or another cancer spreads to the ovaries, there are concerns that transplanting frozen tissue could reseed the malignancy back in the patient. Women with ovarian cancers are often not candidates for transplant. These patients still wait and hope that fertility preservation will overcome this next hurdle.

Four decades after the birth of Louise Brown through IVF, we have an opportunity to focus again on hope. Although the spotlight has recently shined on genetic manipulation of embryos, using CRISPR, and the ethical fears and concerns, we should pay equal attention to the work of researchers who are currently striving to preserve fertility for those who might otherwise lack this option. My research is primarily focused on access to care and approaches that work best for patients with less traditional reasons for seeking fertility preservation, e.g. transgender patients. We have found that a multi-disciplinary approach that builds in time to absorb the overwhelming amount of information we provide to patients works best for both short- and long-term care.

As a society we have, by and large, accepted that this important work provides advancement in a positive direction. A gift that keeps giving, the research of Edwards and Steptoe has set the bar high for persevering to develop options for patients who otherwise might lack choices.