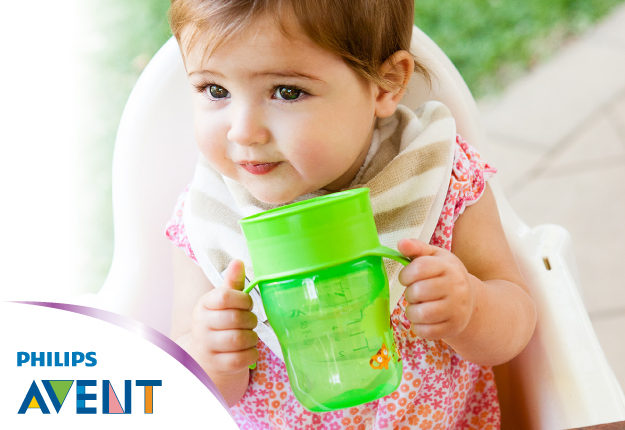 We are thrilled to announce the Philips Avent 260ml Grown Up Cups product review.

As your child grows, learning to drink independently is a skill which they need to develop. The revolutionary Philips Avent Grown Up Cups supports your child in the transition to independent drinking.

The Grown Up Cup was developed in co-operation with Professor Hunt (Orthodontist in the UK); according to him, this is: the ideal transition cup for growing toddlers.

The secret is the spill proof valve which only lets fluid out when the child’s lip presses against the valve anywhere around the rim.

Helping them to drink from an open cup-just like an adult without the mess!

Whether at home or on-the go, the protective lid always keeps the cup clean. Recommended for children 12 months+.

Click here to find out more about Philips Avent 260ml Grown Up Cups.

Philips Avent Grown Up Cups are available in a variety of colours and in sizes 260ml and 340ml from Coles, Toys ‘R Us (Babies ‘R Us), major pharmacies and baby specialist stores.

Would you like to take part in the Philips Avent 260ml Grown Up Cups product review? 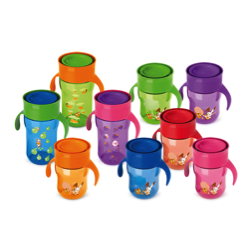 Photos from the Review Team

MUMS WHO HAVE APPLIED FOR THIS REVIEW