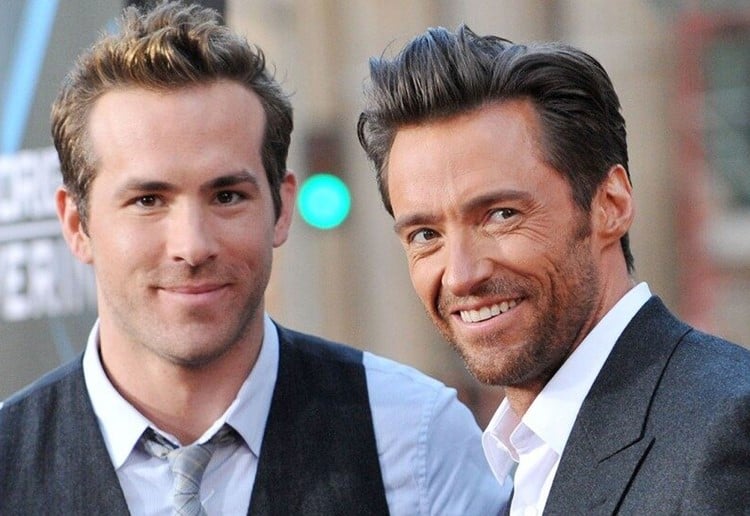 It’s a ‘feud’ that has been going on for YEARS. Ryan Reynolds and Hugh Jackman have been ‘at’ each other non stop since an interview in 2016, and over the weekend things stepped up a notch with Reynolds calling Jackman a ‘piece of sh*t’ in a birthday video dedicated to the Wolverine star.

Reynolds, 42, was compelled to make the birthday video after Jackman made the comment “lets see Ryan Reynolds do that” at a performance on his world tour. He quickly followed his comment up with “don’t post that, I’ll have three million tweets from him in the next 10 seconds.”

Wearing a party hat, Reynolds starts off saying “Hello Hugh, I was just going to wish you a happy birthday, but then I saw what you said. In a word – hurtful! Enjoy the show, Hugh Jackman”

He then bursts into a hilariously high pitched version of Happy Birthday, cuts it short and says “And I’m not even professionally trained, Jackman, you piece of sh*t!”

It’s all tongue in cheek and has given us the giggles!

Here it is, in all it’s glory:

At first I thought – Ugh, now I have to actually apologize. But then …

Here is the original interview that kicked off the Ryan Reynolds and Hugh Jackman feud:

Do you find Ryan Reynolds and Hugh Jackman as funny as we do? SHARE your thoughts in the comments.