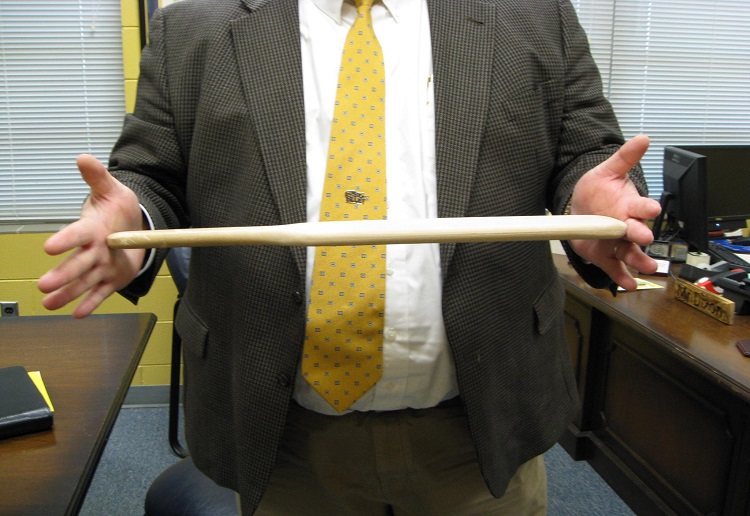 A US school is trying to reinstate the wooden paddle to punish students, asking parents for their permission to use the controversial form of discipline.

Superintendent Jody Boulineau said about one-third of the 100 forms returned before Thursday gave consent to strike the students with a wooden board.

“I’ve heard, ‘Great, it’s about time, we’re so glad that this is happening again, they should’ve never taken it out of schools.’ All the way to, ‘Oh my goodness, I can’t believe you are doing that,’” Boulineau told WRDW.

According to the policy, students will be taken to an office behind closed doors, where they will place their hands on their knees or a piece of furniture and be struck with a paddle.

School officials said students will not be punished with more than three strikes.

“In this school, we take discipline very seriously,” Bolineau told WRDW. “There was a time where corporal punishment was kind of the norm in school and you didn’t have the problems that you have.”

The controversial policy is still legal in Georgia and 19 other states, according to the news station.

“It’s just one more tool that we have in our disciplinary toolbox that we can use,” Boulineau said.

Do you think we need to see the paddle back in schools or is it a massive step in the wrong direction?