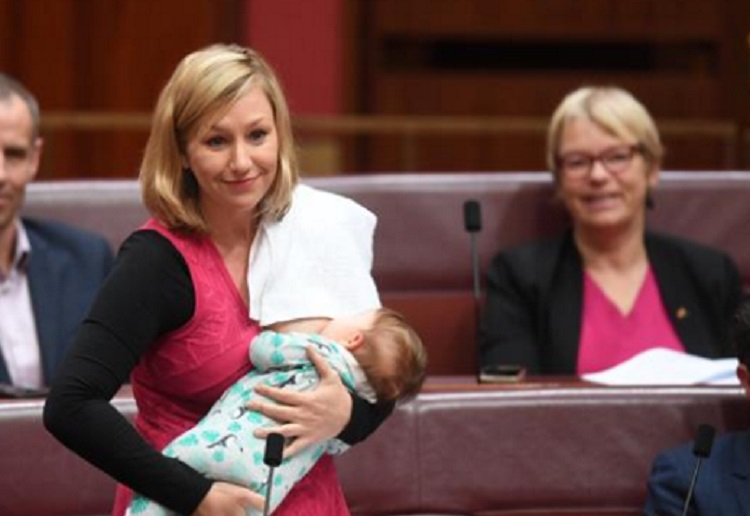 Senator who became the first mother to breastfeed her baby in parliament has hit back at ‘trolls’ who accused her of ‘grandstanding.’

Waters denied the move was a ‘spectacle’ on her Facebook page on Sunday and told people to ‘get over it.’

In May, she became the first representative to nurse a child in federal parliament, and has since brought Alia Joy to several divisions and events.

Her actions have been met with delight from fellow colleagues, including Senator Richard Di Natale who was seen playfully holding little Alia.

However, some people saw the move as a publicity stunt and accused the Queensland mother of using her child to get into the spotlight, reports Daily Mail.

Waters shared an article to her Facebook page and responded by saying: ‘trolls don’t usually bother me, but I had to say something about this, for all breastfeeding mums.’

‘Feeding a hungry baby is not grandstanding and it’s certainly not a spectacle. Women have always worked and reared children, whether that work was paid in the workplace or unpaid in the home.’

Her post has attracted nearly 2000 reactions. Mostly of support. There will always be those not so understanding comments as well though.

Good on her! It is fantastic to see a new mum getting on with her career and not pulling any punches.

Where do you stand? Does a baby belong in the senate?