Article Seven Fireman in the Same Station Are All New Dads 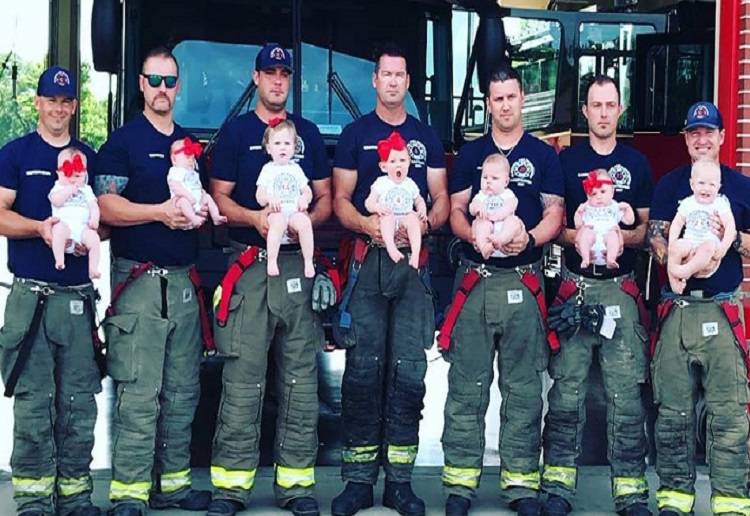 Seven firemen in the same station have welcomed babies within 15 months of each other.

An adorable photo taken on May 20 show the new fathers in their uniforms holding the infants outside Glenpool Fire Department in Oklahoma, USA.

“Something is in the water at the Glenpool Fire Station!” one of the mothers, who took the photo, said.

There were five baby girls and two boys born within the 15 months.

“Honestly, it was difficult to get seven babies to cooperate for a picture so we all had some good laughs,” Melanie Todd, who works in the department, told CBS News.

What an awesome family to be raised in!