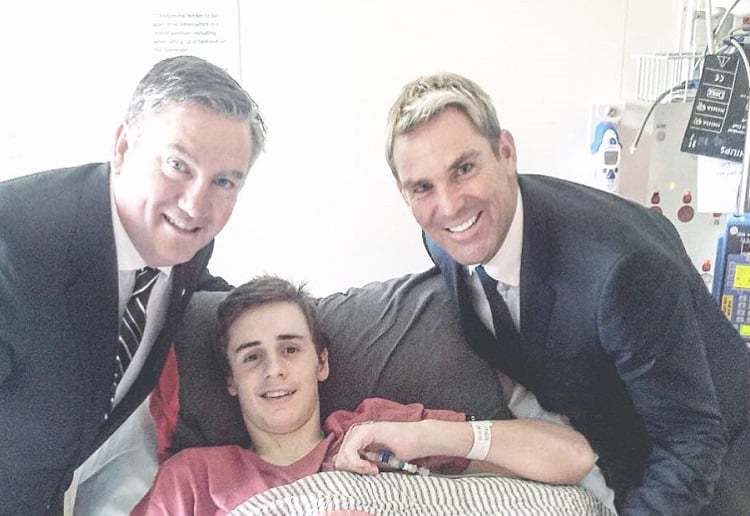 Shane Warne has revealed he’ll make a donation of $340, 000 to a paralysed teenager as the last major grant on behalf of his closing foundation.

The cricketer took to social media to post the news with an image of himself, Eddie McGuire and 14-year-old Will Murray. 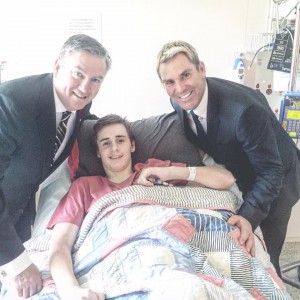 Will suffered a serious neck injury in January after falling off a pier, leaving him a quadriplegic.

“The tragic news of Will Murray’s devastating accident has touched all of us. A fit, healthy and wonderful young man with the world at his feet has unfortunately had his world turned upside down.

The Board at the Shane Warne Foundation and I are delighted to be able to continue to give back by granting the Murray family a $340,000 donation.
This donation continues the legacy of TSWF which was established to help seriously ill and underprivileged children. Having discussed this donation with the Murray family we will know it will assist Will in his recovery. I also hope it will provide leadership for other foundations and individuals to support this very worthy cause in the family’s desperate time of need.

TSWF’s motto is “teaming up to help Aussie kids.” The Foundation was established because we wanted to make a difference to those who needed our support.
I am therefore extremely proud that Will and the Murray family are the beneficiaries of the last major donation to be made by the Shane Warne Foundation. I would also like to thank everyone for their overwhelming support of the Foundation along with the thousands of volunteers, supporters, donors and sponsors of the foundation who have made this significant donation possible !”

The Shane Warne Foundation was established to “help the lives of seriously ill and underprivileged children and teenagers in Australia.”

However, it’s ceasing its operation following allegations of financial mismanagement.