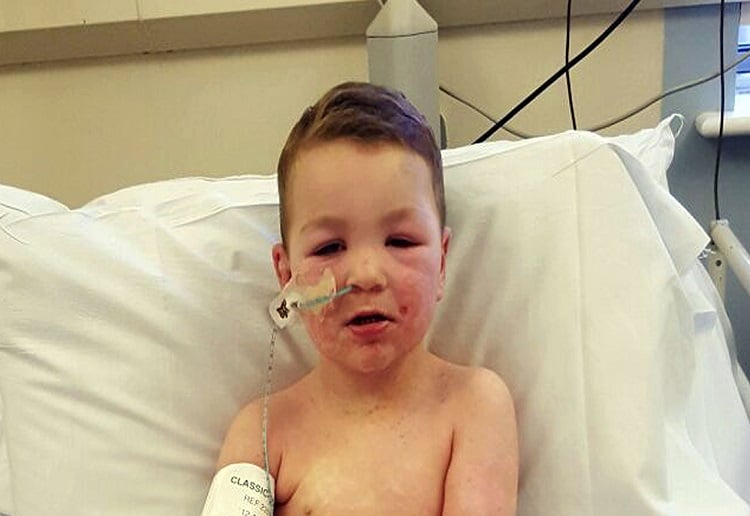 Photos show a young boy suffering from a deadly allergic reaction… after he was mistakenly diagnosed with chickenpox.

Three-year-old Joel Greaves, from Leicester, had to be put on a ventilator and was wrapped in bandages to help heal his sore and blistered skin, reports The Sun.

Doctors first diagnosed the young boy with chickenpox but soon realised it was Steven’s Johnson Syndrome – a rare but life-threatening skin condition that is usually an allergic reaction to medication or an infection.

Mum, Tammy, 32, was told by doctors that they couldn’t guarantee that her son would survive as one-in-five die from the condition. 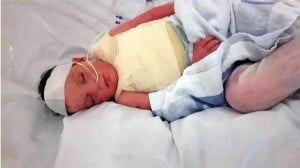 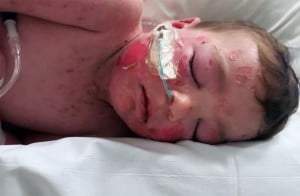 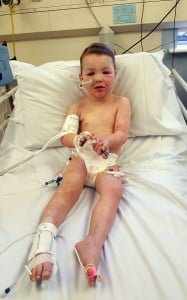 Tammy said: “He had suffered from chicken pox once before and the symptoms were very similar so we thought it was unlikely he would have it for a second time but we had no idea what else it could be.

“That was until his whole body started to blister and his eyes were swollen shut.” 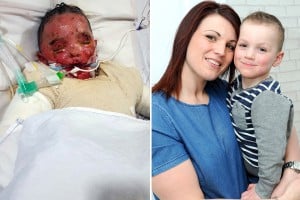 Steven’s Johnson Syndrome is so rare that Tammy found herself looking up the condition online to find answers about her son’s illness.

She now wants to raise awareness of the syndrome to help others recognise the symptoms.

“Joel was one of the lucky ones but if this condition isn’t diagnosed and treated quickly enough it can be fatal,” she added.

Poor little man, so glad he was such a fighter.