Article Should children have ‘stress leave’? 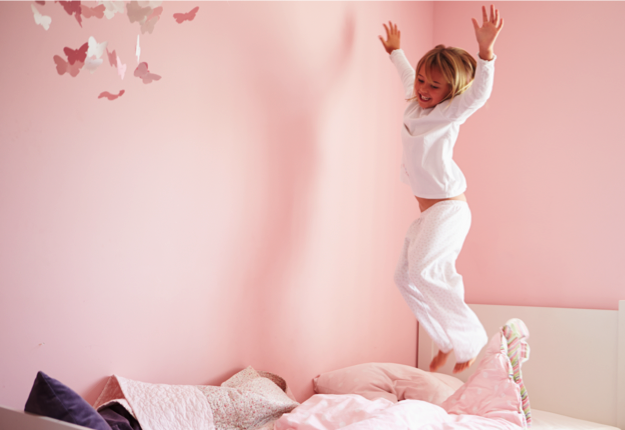 An Australian mum has called for children to have one day off school a fortnight as ‘stress leave’.

Early childhood educator and mother, Clare Crew, said it’s alright for children to miss a day of school every now and then, even as much as one day a fortnight.

She believes children who are just starting at school or students who may be floating between mainstream and special education classes would be more inclined to take one day a fortnight.

The debate on Sunrise this morning

Sunrise commentator Ron Wilson said he “is against” having days off for this reason and that it “disrupts” the system.

“There’s enough disruption there already and I don’t see that this is going to help things for everyone at all.”

Susie O’Brien from the Herald Sun said she doesn’t think students “are as stressed as parents”.

“It used to be they went to school because it was a school day but now they’re so stressed because they don’t even know if they’re going to get a participation ribbon, and they’re worried they might get marked down because they didn’t have a good enough lunch box,” she said.

“I understand they are stressed but not as stressed as parents.”

Sunrise host Samantha Armytage agreed and said she feels it’s teaching children that “when the going gets tough, take a day off”.

Commenters on 7 News FB page are mainly against the idea

* “Children are coddled that much these days that when they get out in the real world the don’t know what to do. People that advocate for stuff like this are the people that believe in participation medals and safe spaces. You don’t get rewarded in life for showing up and you won’t always have a room to lay down and cuddle a stuffed animal in.”

* “They get 2 weeks at the end of every term. (though that is stress leave for the teachers) Also need to consider working parents. I am sure employers don’t want to give their employees extra leave.”

* “Perhaps if parents didn’t over-schedule their kids (dancing, sport, music)… every day after school and weekends… give them some time to potter around and play – use their imaginations, be bored. If kids are stressed I suspect the issues lie more outside than inside school.”

* “Pampered generation much? …..get real, get your kids involved in team sports, best stress release available.”

* “That’s ridiculous! These kids wouldn’t be getting an education if this was how society behaved! How about dropping an after school activity and let them play like we did!”

* “What a load of rubbish! More mollycoddling will help them through their life….NOT! That’s what counsellors are for. Schools need to get tougher on bullying. That would be a start.”

We recently shared a post from a Mum who shared why she thinks it is important children are allowed a leave pass from school.   READ “Why a Pyjama therapy day is necessary for kids”.

Even our own Nikki Hills from Mouths of Mums has previously shared her families Pyjama therapy rules, check out her post HERE.

Do you ever give your kids a day off for no reason?