Article Should Parents Be Stopped From Getting Their Child’s Ears Pierced? 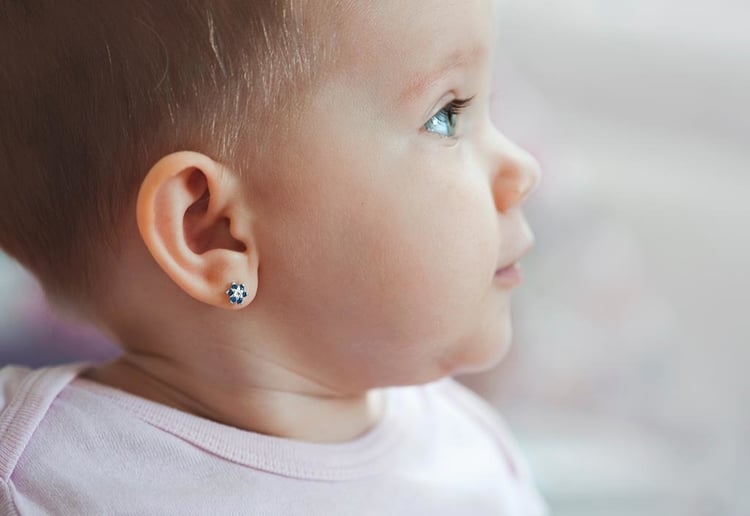 Posting her story to Mumsnet, a concerned mum has asked whether there should be an age restriction for children getting their ear’s pierced. The mum says that while she has nothing against piercings she struggles with the idea of parents taking their children while they are still babies or toddlers.

The mum said that watching a baby girl get her ears pierced while out shopping made her feel uncomfortable.

“I was in a jewelry yesterday and witnessed a mum getting her child’s ears pierced,” she wrote. “The child could only have been about a year old and screamed the place down. She was so distressed.”

The mum said that she can’t understand why parents are in such a rush to have their children’s ears pierced.

“I really don’t understand why it’s necessary to do it at that age,” she told the forum. “It seems so unnecessarily cruel!”

To Pierce Or Not To Pierce

Comments on the mum’s post were mostly understanding of her concern, with many agreeing that there should be a minimum age for undergoing the procedure.

“I actually think there should be a limit of about 12 years old for this,” said one parent. “You have to be 16 to get a lot of piercings unless your parents are consenting to it and with you, but you wouldn’t take a toddler to get their belly button pierced so I don’t understand why places are treating ear piercing differently?”

“Kids should be old enough to consent, the same as any other body modification,” wrote another.

While some make the argument that having your child’s ears pierced while their young means it is over and done with, we still think that waiting until they are old enough to decide for themselves and can take some responsibility for the upkeep is the best option.