Article Should we really be teaching girls it’s OK to kick boys in the balls? 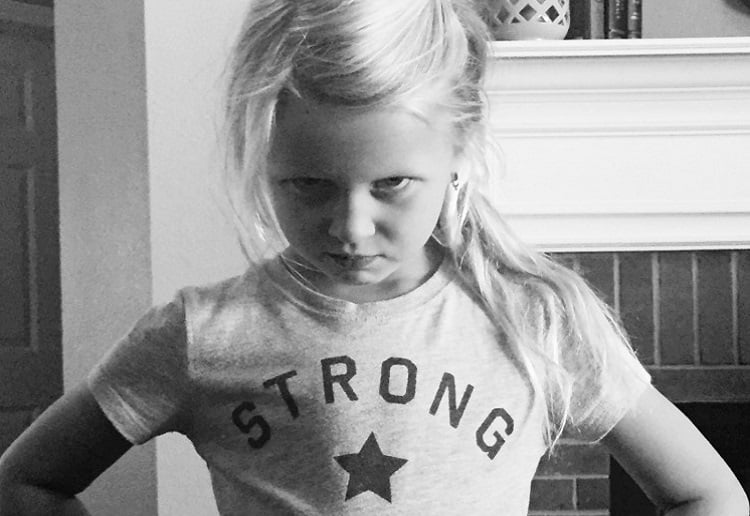 Mum shares a very thought provoking post on “Why I Told My Daughter To Kick Your Son In The Balls.”

She explains, “Boys will not be boys in her world. She will defend herself. Why? Because I said so.”

When her daughter told her some boys at school had bullied her, Mandi encouraged her six year old daughter to tell her exactly what happened. 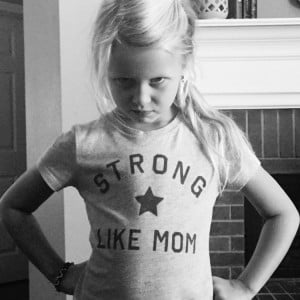 Her young daughter explained how some boys were hitting her butt on the playground, and when she told them to stop, they called her chubby and laughed at her.

“That’s right, said Mandi. Two boys put their hands on my daughter, and when she told them to stop, they called her fat and made fun of her. Let that sink in for a second.”

Mandi continued,  “We discussed how inappropriate and unacceptable it was/is, and I commended her for doing the right thing by telling the teacher.

She put her head down and said, “Tomorrow, I’m just going to hide at recess.”

I pulled her into me and lifted her chin up so she could look me in the eye, and I said, “NO. You will not let two boys ruin your free time. You will not allow them to take your fun away. They are breaking the rules. If they do that tomorrow, you say ‘Keep your hands off of me.’

If they do not stop, you tell the teacher.

If they continue to bother you, you turn around and step on their feet, or kick them in the shins or their business, and if you get in trouble, go ahead and tell your teacher to give me a call.”

I explained that she might end up in the principal’s office and that we would deal with it if we had to, but I made sure she knew that she was empowered to defend herself.

Our boys are learning from us. It is not innate that when a girl says no, they immediately go to calling her fat or ugly. This is learned behavior. Your job as a mother and as a father is to make sure your sons (and daughters) know better.

I can tell you that if I learned that my son had touched a girl the way these boys touched my daughter or spoke to another child the way they did, there would be some serious consequences at our home. He knows better. He’s been taught to respect all people, all women, your daughters, so if he steps out of line there, I want to know.

Parents, teach your sons (and daughters) that they are not entitled to touch anyone anywhere, that my daughter’s back side is not for their hands, that if they do put their hands on (MY) child, they will not get away with it because she will defend herself the best way she can.”

As some parents have stated why is it not OK for boys to hit girls, but we teach girls it is OK to KICK boys in their private parts?

This action could have major ramifications in later life for them if any real damage is done, is that fair that an action at six years old, that could have been dealt with in other ways, has possibly left them damaged for life? Think about that!

– “While I’m all for standing up for themselves, I wonder how moms would feel if we were teaching boys to punch girls in the breasts or vaginas if they felt they needed to. Neither is ok.”

– “Yeah because girls can’t be bullies though right? GTFO. As a previous poster said should us moms of boys be teaching our boys to kick girls in the crotch? Sounds ridiculous right?!?!”

– “Kick my son in the nuts and he will punch you dead in the face!! just because you are a girl doesnt mean you can be a little brat and bully my son and hes not hit you back for kicking him in the nuts. Now I also have 2 daughters and if a boy is hitting her first they will hit him back as well. Boy or girl no one has the right to put bodily harm to anyone.”

– “Yes, let’s teach our children that to fight bullies, you must become the bully. I can see how that will work out well.”

– “Not ok. and of course you will get stories from the bully trying to make it like they are innocent and defended themselves. Teaching them to solve issues with violence will make more trouble in the future besides getting sued.”

– “What a bad mom. You can seriously hurt someone doing that.”

As a mum of boys these posts really frustrate me. Boys are NOT all bad and are certainly not all sexual deviants.

Six year old boys don’t head off for the day at school thinking they will sexually assault one of the girls in class. (Generally not anyway!)

Shouldn’t we be teaching ALL children to defend themselves without using physical violence? There are much better ways to empower kids!