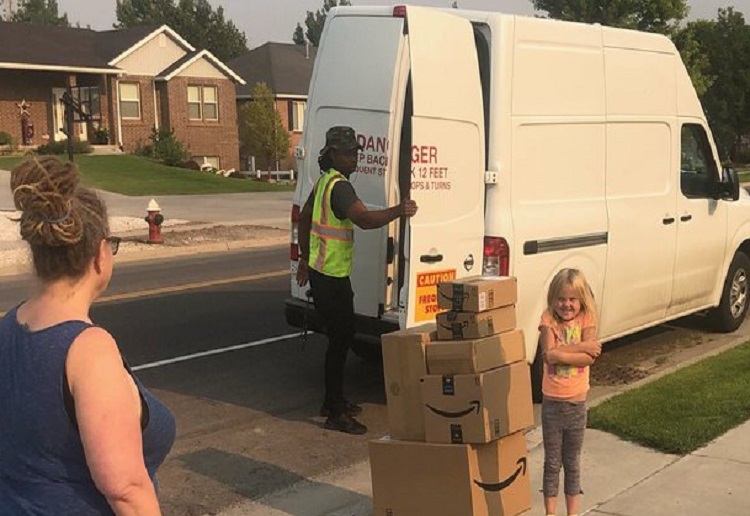 This six-year-old somehow managed to blow over $400 (Australian) on toys on Amazon.

Caitlin was given permission by her mum to order a Barbie online for her birthday. But unbeknownst to her mum, when Caitlin asked to jump back online to check when the delivery would take place, she had much more ambitious plans in mind.

Caitlin’s family were in shock when the Amazon delivery man pulled up and began unloading an endless supply of purchases.

“Her mom went on her Amazon account and saw three pages of things she had ordered.”

Ria claims her little cousin knew exactly what she was doing.

She said the six-year-old was quickly forced to send everything (bar her Barbie) back and banned from using the internet for a month.

My badass little cousin ordered $300 worth of toys w/o my aunt & uncle knowing. This is a picture of how everyone found out. pic.twitter.com/wHWVhsMBYI

Has your child gone on a shopping spree without your knowledge?