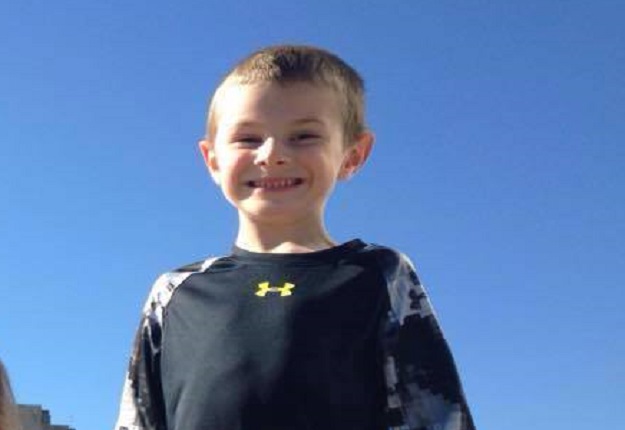 Matthew Miele took to Facebook to express his disappointment at the decision to suspend his son, Malachi Miele, for playing with an imaginary bow and arrow.

Malachi Miele was suspended from his Catholic school in Cincinnati, Ohio

“What I find unacceptable is that this school is so scared that they are unable to distinguish the difference between a credible threat and a six-year-old boy pretending to be a Power Ranger, playing with an imaginary bow and arrow,” Matthew Miele wrote. 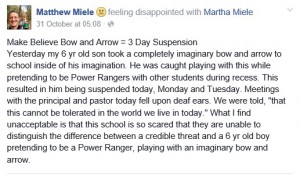 The school has a zero tolerance policy and stands by their decision whole heartedly. 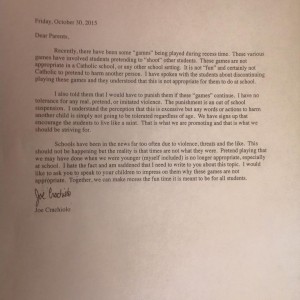 Matthew and Martha Miele, told WLWT their son was playing a game of Power Rangers at recess on Thursday when it happened.

“I think he’s a good principal. I just think a bad decision was made,” Matthew Miele said.

“I didn’t really understand. I had him on the phone for a good amount of time so he could really explain to me what he was trying to tell me,” Martha Miele said. “My question to him was ‘Is this really necessary? Does this really need to be a three-day suspension under the circumstances that he was playing and he’s 6 years old?'”

The Mieles sent Crachiolo an email Thursday evening and met with him Friday morning asking him to reconsider.

Being a mum of a six year old boy myself I think this has gone a bit too far.  Love to hear what you think? Share your thoughts below.