Article Snapchat – the social network your kids probably use

but don’t tell you about…. 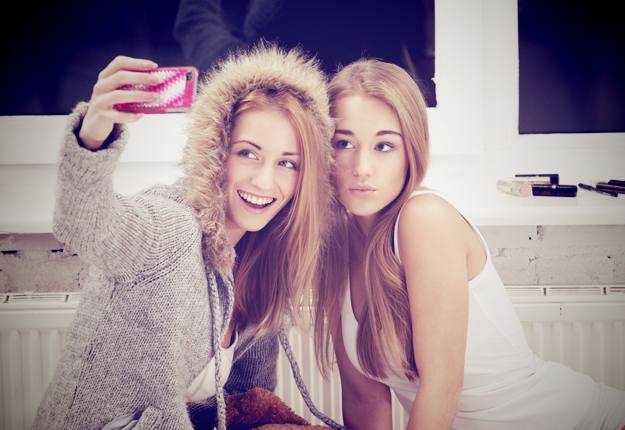 So you think you’re a cool parent because you know your kid is on Facebook (you may even be their friend on there) and you have a fair idea what Instagram and Pinterest are too. But here’s the kicker – are you aware of Snapchat, which is likely the social network your kids are using, but probably don’t tell you about?

Go ahead. Ask them now. Or grab their phone/tablet or other internet enabled device and see if you can see an app with a ghost and yellow background (see above) called Snapchat. If they have it (and even if they don’t), read on. Best you be informed.

Snapchat is the current must-have app amongst teens and has an “addictive quality”. Users take a photo or video and set a time of one to 10 seconds for the image or video to expire. Now you see it….now you don’t.

Recipients are notified when they’ve received a “snap” and must maintain physical contact with their smartphone screen as they’re viewing it. A countdown timer shows how much time remains before the image self-destructs.

Sounds devastatingly simple and harmless right? Semi-smart teenagers (and fun-loving adults who love a new app or fad) think so. They believe that using the app, they’ve found a way to safely start sexting (when people text racy images of themselves) or generally acting the goat, without creating a potentially damaging digital footprint.

But everyone may need to calm down and step away from their phones after they’ve read this article. Snapchats can still be screenshot, and there is also a host of websites and Facebook pages and apps popping up that can see the images end up just where you wouldn’t want them – circulating the internet.

The website Snapchat Leaked is dedicated to posting nude Snapchat photos without the sender’s knowledge. They ask readers to submit naughty Snapchats they have received from digital lovers as is Snapchat nudes and Naked Snapchats, on Facebook.

Right now Snapchat as a company is riding a high, even though they are only babies themselves. They celebrated their first birthday in September 2012 and see more than 150 million photos shared through the app every day, compared to about 40 million pictures every day on Instagram. Only 50 million images were shared on Snapchat daily just six months ago and the mind only boggles at how much growth they have left to go.

The co-founders who had the idea for the app while students at Stanford University in California are young themselves. Bobby Murphy is just 24 years old, and Evan Spiegel is just 22.

As a responsible parent of a tween or teen, please let them know that there’s no way to stop your Snapchat message from being screenshot (and take heed yourself), and while Snapchat warns you when your photo has been screenshot, it can’t tell you what happens to it from there.

Of course clever hackers have also revealed that even deleted Snapchats can be recovered with enough digital digging.

Despite being a lover of new technologies and apps, I’d say this technology will continue to boom, but should be used with caution.