Article Speech pathology week: Speaking up so kids can communicate 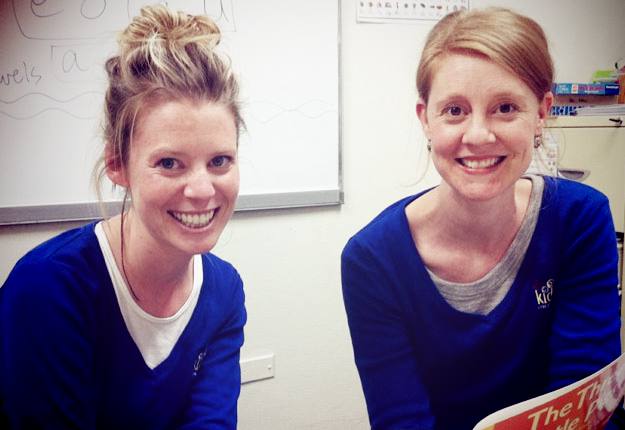 According to Speech Pathology Australia, 1.1 million Australians have difficulty communicating.

Sunday August 25 marks the start of national Speech Pathology Week and Sydney speech pathologists Bec Lucas and Rebecca King are raising awareness about how children’s speech and language can affect their futures.

‘The statistics are very compelling’, said Bec Lucas, who is part of the children’s health team at Kids First Children’s Services in Brookvale.

‘Studies have shown that 20% of Australian four year olds have difficulty understanding or using language.’

“Children with a language impairment are also six times more likely to have a reading problem than kids who don’t.”

‘These kinds of figures are frightening, but sadly they paint a pretty accurate picture of the challenges kids with communication problems face in northern beaches preschools and schools today.’’

Rebecca King supports children aged 2 to 12 at Kids First and agreed that early intervention is the key to solving children’s communication problems.

“Children’s self-esteem, friendships and learning can take a battering when they can’t communicate as well as their peers at preschool or school’, she said.

“I recommend that parents of pre-schoolers closely monitor their child’s speech and language skills in the years before they go to school.”

“If a child’s difficulties can be overcome when they are three or four, they have a much better chance of being happy and successful at school.”

‘Early intervention can also reduce a child’s risk of joining the 14% of Australian 15 year olds who have only basic literacy skills and for whom later education and work choices become limited.”

The theme of 2013 Speech Pathology Week is ‘Start the Conversation about Communication.’