Article Subway Franchisees Are ‘Terrified’ And Want Out! 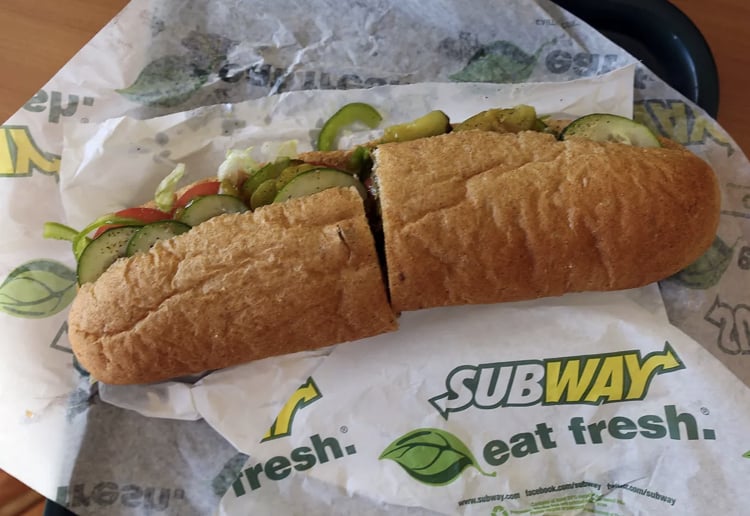 The home of the footlong sandwich, Subway, has been closing stores across Australia and to further their woes, franchisees are complaining about the treatment that they have received from head office.

A few days ago, we reported that Subway may be in trouble – with the number of Subway stores dropping by almost 10 percent.

However, more issues for the “Eat Fresh” fast-food chain are emerging with grumblings from franchisees and alleged wage underpayments made to staff.

Business professor Jenny Buchan has spoken to A Current Affair saying there were “deep-rooted problems” with the company, including how it treated its franchisees, as reported in 9News.

“They control the prices of basically everything and they control who franchisees can buy products from,” Professor Buchan said.

An example of this was provided by a franchisee, who has claimed that a Subway-approved supplier charges $7 a litre for dishwashing liquid, while a similar product can be bought at a supermarket for less than $1 a litre.

One franchisee has said that Subway has made life “hell”.

“People are terrified,” he said. “I feel threatened because I’m scared if they target us.”
Franchisees claim that they want to sell their franchise but head office flatly refuses, unless costly refurbishments are made. So it has become impossible for many franchisees to escape.

In addition, Professor Buchan said that some desperate franchise owners make be underpaying their employees as an effort to cost-cut and survive.

A former franchisee has claimed he was sold a lemon and lost $200,000 after his business failed.
“I was working seven days a week,” he said.
“I was asking for help from the head office, I was not getting any help.”

Subway has responded with a statement, telling A Current Affair that it supported the Fair Work Ombusdman’s investigation, and said it was committed to the “long term success” of all franchise owners.

“Subway is a much-loved brand that is evolving its menu to meet the changing tastes of Australians with an exciting pipeline of new menu items, fresh restaurant designs and convenient online ordering,” a spokesperson said.
“These recent innovations are driving restaurant growth and increased franchise owner profits.
“All food, décor, equipment and services used in Subway restaurants are procured by a non-profit, independent purchasing company that is owned by Subway Franchise Owners for their benefit.”

Would you be sad if Subway closed down? Tell us in the comments below.

Subway Have Closed Stores Across Australia

Do You Still Have The Original Family Tree House? It Could Be Worth Big Bucks