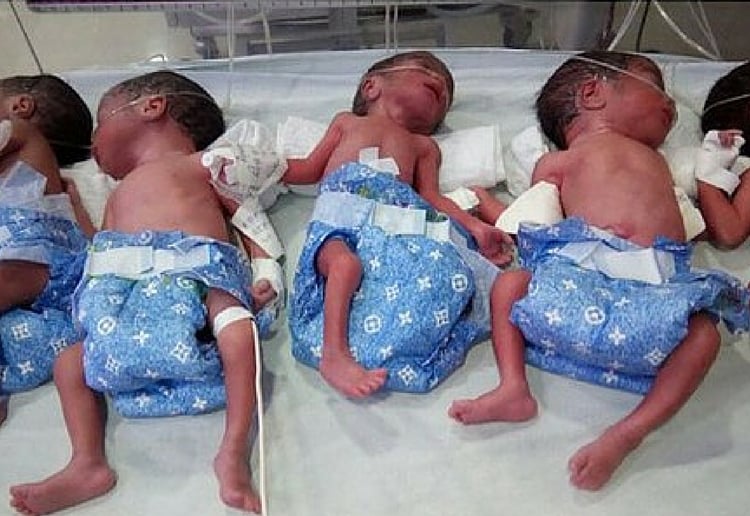 A woman in India has giving birth to premature quintuplets surprising herself and her doctors.

The 25-year-old gave birth naturally to the five baby girls at a district hospital in Ambikapur on Saturday morning.  According to The Mirror, the mother, Manita Singh believed she was pregnant with just one baby.

The babies weighed between 1kg – 1.5kg each and are currently being kept in neonatal intensive care unit (NICU) due to their weight and the risk of infection.  Hospital employees have called them ‘five-star babies’ as they are most likely the most premature quintuplets babies born in India to date.

“The babies are premature and were just six to seven months in the womb. They all have very low-birth weight (LBW) and survival rate of LBW children even in best hospitals is low,” said Dr NP Pandey, chief superintendent of Ambikapur district hospital. Dr Pandey said the birth of quintuplets is not new in India, but he has never heard about premature quintuplets in the country.

“I am extremely grateful to God for blessing us with not one but five children.  We were heartbroken when we lost our first child, a son, immediately after birth two years ago. I believe God has compensated the loss.  I only hope that they all survive and I can give them a wonderful life.”