Article The amazing journey of Yahya ‘the boy without a face’ 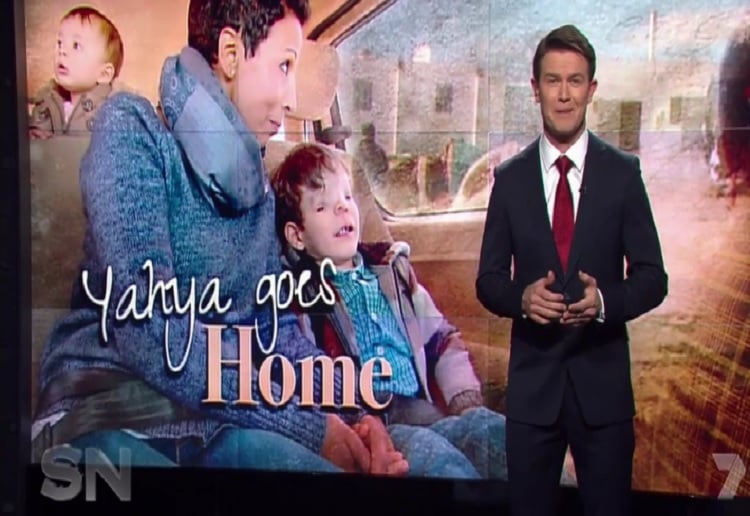 Yahya had no chance of a normal life in his home country of Morocco. He was born without eyes, nose or a fully-formed mouth, then a miracle happened.

Melbourne woman, Fatima Baraka, and a wonderful team of gifted Aussie doctors brought Yahya Jabaly to Australia for an incredibly complicated surgery to give him eyes, a nose and a fully formed mouth.

After 18 months in Australia, the five-year-old is returning home.

Sunday Night have been part of the journey, “There is a lot of mixed emotions for all of us…I am feeling terribly sad because I know I am going to say goodbye to him terribly soon,” Fatima said.

“But at the same time I you know I am incredibly happy that I will be taking Yahya home to his family.”

He still cannot see and is still learning to speak but, Incredibly, Yahya even managed to say ‘thank you’ to his surgeon, Professor Tony Holmes — the specialist who helped separate conjoined twins Trishna and Krishna.

What was expected to be an eight-hour surgery became an 18-hour marathon as the team of surgeons reshaped the delicate pieces of his skull.

The surgery and the moment Yahya’s parents saw his new face aired on Seven’s Sunday Night in 2015. 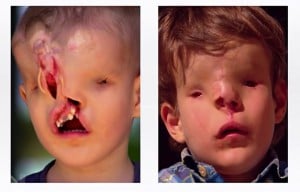 With one final operation to complete his nose — created using a piece of rib bone — he was given the all-clear to travel home again.

“I remember the day before we left his village, his aunty was saying goodbye to him and I had this thought “oh my god” the next time she sees him he is going to be a totally different kid,” Fatima said.

Fatima has started a foundation to help other children in need in Morocco to access medical help.

“I’m so honoured and I’m so blessed to have been able to be a part of Yahya’s life changing journey… the rewards from what I have done with Yahya has really encouraged me to help…there are lots out there who need our help.”