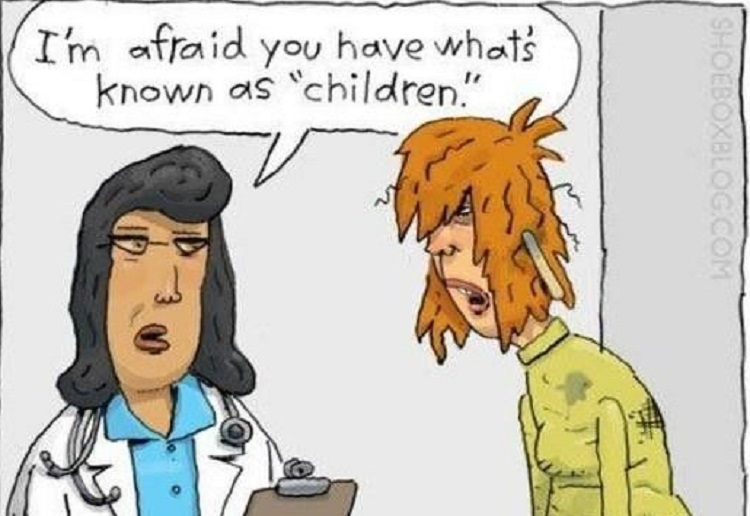 The CIA uses sleep deprivation as a form of torture because it attacks the deep biological functions at the core of a person’s mental and physical health. No wonder new parents struggle with little to no sleep!

The first signs of sleep deprivation are unpleasant feelings of fatigue, irritability, and difficulties concentrating.

Then come problems with reading and speaking clearly, poor judgment, lower body temperature, and a considerable increase in appetite.

So there is really no surprise that sleep deprived parents do some weird and wonderful things.

1. “I screamed when I saw a magazine with a large picture of a baby on the cover poking out of the trash can because I thought someone had thrown my baby away!”

2. “After feeding my newborn son I tried to fold some laundry, but fell asleep in the pile of clothes with my boobs still out. I leaked milk all over the clothes and woke up drenched.”

3. “I was co-sleeping (safely!) with my daughter when I became positive she was trying to nurse. I woke up to find myself shoving my nipple into her ear.”

4. “I was so overtired that when I finally got to sleep I had a night terror that my son was stuck inside my pillow, and I had to rip it apart to save him. (He was really asleep in his bed just fine.)”

5. “I was attempting to do a load of laundry when I accidentally loaded the clothes into the dishwasher.”

6. “I was mixing a bottle in the middle of the night when I put the water in, then the formula, and shook it up — without the top. Milk went EVERYWHERE. I don’t know who was more frustrated, me or the hungry baby.”

7. “I tried to rock a pillow back to sleep. It wouldn’t settle down no matter how much I shushed it and patted its back (because the baby was still crying in her crib).”

8. “I went to the store in a tank top with ice packs strapped around my boobs on the OUTSIDE of the shirt. I only realized this as I was paying.”

9. “After many sleepless nights my husband and I went to Target with our 1-year-old daughter. We separated for a bit, and when we met back up I panicked and screamed, ‘Where’s our daughter?’ I was holding her.”

10. “I kissed a pile of folded clean laundry on the ‘head’ while carrying it upstairs.”

Can you top any of these?