Article Remember Those Movies We Loved As Kids? Your Children Will Love Them Too 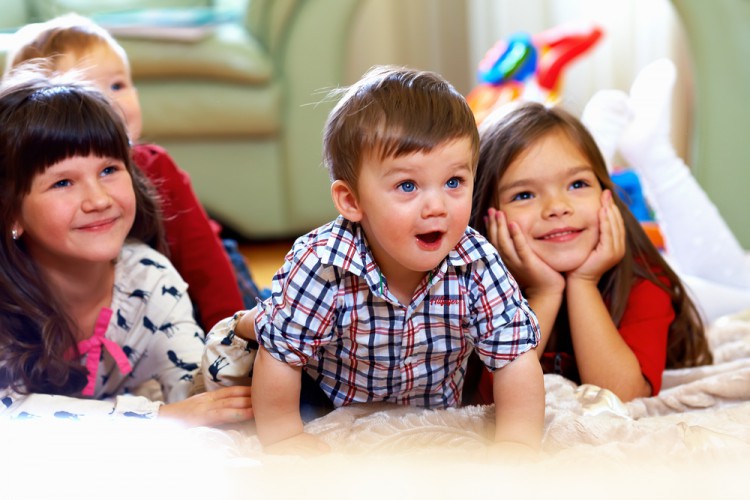 The joy of sharing ET & other old-skool movies with the kids!

With her boys growing up fast, this mum’s found a novel way to connect with the kids through the movies of her childhood.

Now that the boys are getting a bit older, I’m relieved to say our days of watching In the Night Garden and other shows that made me want to neck a g&t at 9am are way behind us. Better still, to my delight, I’ve realised that some shows from my own (dare I say) 80s childhood, are up on Netflix.

Scrolling through the options the other week, I stumbled upon He-Man which my younger brother and I literally grew up on (and let’s not forget He-Man’s super-sis, She-Ra). As I excitedly pressed play on episode one, a glance at the boys told me this was gonna be touch ‘n’ go. Could they see past the flat graphics and dodgy voiceovers? But as kids will, yes they did…and they loved it. And it was refreshing to watch a show for the little peeps that was…well, meant just for KIDS! There were no sarky comments to amuse bored co-viewing parents and as the episode came to a close, the camera panned in on He-Man who offered up a nice little speech on something or rather moralistic. I admit, I kinda liked it.

So then I started looking for those classic movies that were awesome when I was growing up, to see if they still resonated with kids today. On another level, I liked the notion that perhaps I could connect with the kids in some parallel-universe kind of way by sharing a part of my own childhood.

As this is a cartoon and the boys’ dinosaur days are definitely on the wane, I worried they’d find this one babyish. Wrong. The movie focuses on cute, plant-eating dinosaur Littlefoot who becomes an orphan when his mum’s killed by a bigger dinosaur whilst trying to protect him (tissues!). She tells him to go find the ‘Great Valley’ where he will be safe. And so off he sets on his long trek, meeting dinosaur friends along the way, guided by his mum’s spirit. Themes around friendship and overcoming prejudice – plus of course, a happy ending make this one a cute family watch.

Who doesn’t remember the alien who just wanted to phone home? Accidentally left behind by his alien peeps, this movie shows kids displaying empathy and coming together to outwit the pesky scientists to get ET back home with his kind. A young Drew Barrymore plays the cute ‘lil sis and the kids involved get to fly around town on their bikes which the boys thought was super-cool.

A bit sweary in places and perhaps one for the older kids but what an ADVENTURE! This savvy gang of kids navigate under water caves and a pirate ship to outwit a dastardly family of crims and find the hidden treasure. The kids display friendship, team work and empathy and best of all, save the day and save their homes! Good 80s fun and the kids gobbled it up.

Probably my personal fave movie used to connect with the kids, just to marvel at David Bowie in all his made-up gloriousness! This fantasy-movie about a teenage girl who races against the clock to rescue the baby brother she’d wished away is a CRACKER. With heaps of quirky puppet characters, many a crazy song and a lesson to be learned about the value of family – they just don’t make them like this anymore.

Who are we gonna call? Yeah I know it; you know it. For the theme tune’s living room dancing potential alone, this one’s well worth a re-visit. This and its sequel about the wannabe ghost-hunters were probably the boys’ favourite movies of the bunch and I’ve been racking my brain to come up with some lesson learned but all I can muster up is that not all ghosts are white and see-through? Just look at Slimer.

So far, the kids have loved the old-skool movies as much as I did the first time around and it’s kind of comforting to realise that in today’s sleek, techno world, kids still think adventures with dinosaurs and flying around on your bike is ace.

And I’m loving being able to connect with the kids by cosying up with the family on a Saturday night with a big bowl of old-skool popcorn. Cripes, it almost feels like I can justify our communal screen time these days because after all, I’m passing down some kind of pop-cultural legacy to future generations!

So many awesome old-skool movies! Which ones are you re-loving right now?!