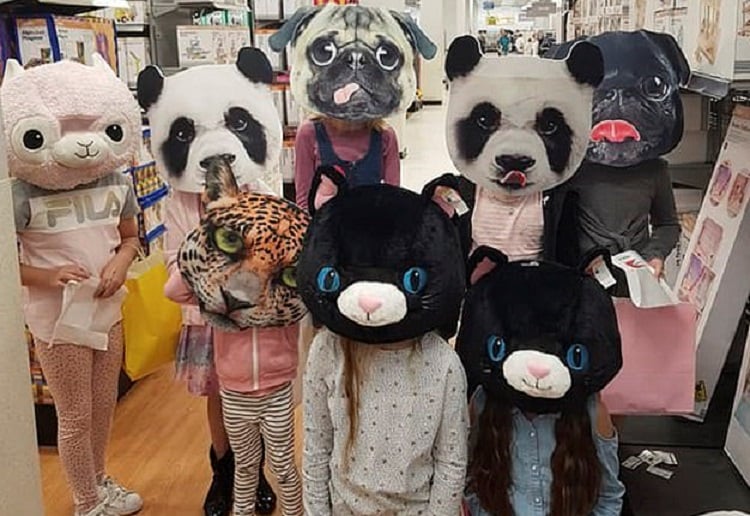 Australian parents are hosting Kmart parties for their daughters, giving each child $20 to spend in store on everything from bath bombs to stationery and fake nails.

The theme was created by a member of the Facebook group Kmart Mums before it was quickly circulated among other party goers.

Chantal Simms asked her daughter Bella whether a shopping trip at her ‘favourite store’ would be a viable option for her 10th birthday.

‘I printed out the shopping challenge and when we arrived I explained how it would work. Then the kids took me to the relevant areas,’ she told FEMAIL.

The party attendees were given $20, and had to stay together at all times and ‘be creative’ in their purchases. 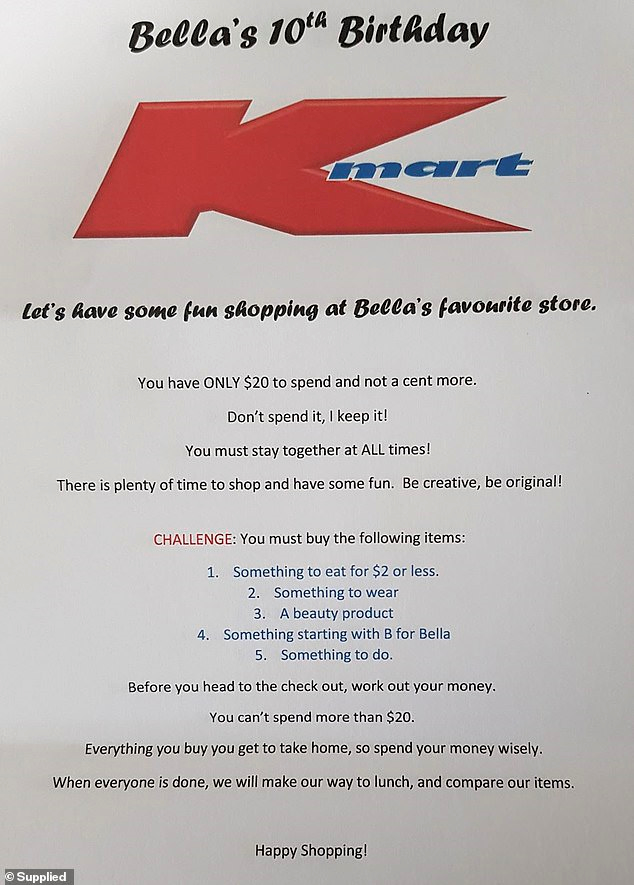 Chantal said they were all very enthusiastic about the shopping experience and were treated to a lunch after the main event.

Another young girl wanted a similar party plan for her 11th birthday, but instead included instructions about collecting ‘something glittery’, ‘something for school’ and ‘something starting with P’.

‘The kids were invited to do a treasure hunt and then just had lunch at Hungry Jacks,’ the mum said.

‘When the kids arrived we gave them a letter outlining the rules and what the guidelines were for each of their purchases.

‘The girls read through the instructions and then split into groups. I explained that I was going to be in the middle of the store for questions and adding up. 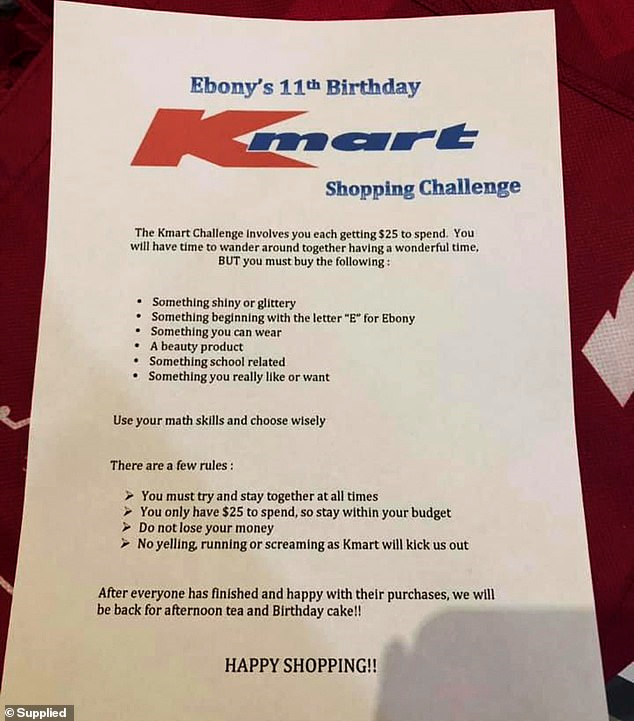 We have also previously shared mum, Shannon Cassidy’s idea after she posted in the Kmart group how she gave five guests who attended her  teenage daughter’s party $30 in cash to spend on whatever they liked at their local Kmart store. Read her idea HERE. 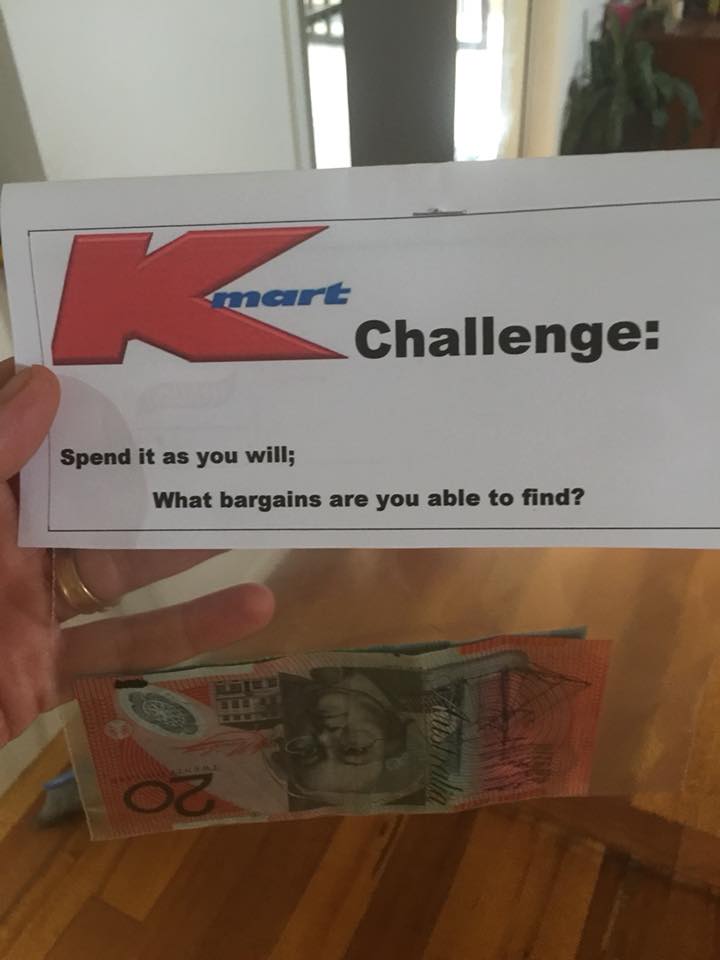 Would your child love a Kmart party? I know I would!