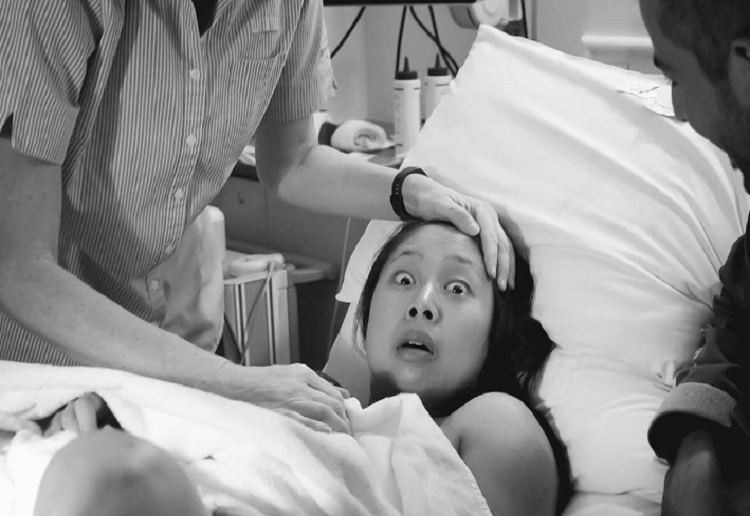 These parents were in total shock to discover the gender of their new baby.

Tasmania couple Koto Nakamura and husband Sina Niakansafy had been told they were expecting a baby girl. Imagine their surprise after their new baby was born only to discover it was a boy!

Koto’s reaction of shock was caught brilliantly by her birth photographer Jessica Jackson from Itty Bitty Photography in Tasmania.

During delivery, her midwife told her a story of a past client who had been told that her baby was one gender, only to deliver the opposite.

“We were all laughing and joking, saying ‘oh gosh imagine if that happened to Koto’ we really didn’t believe it was possible,” Jessica said.

“I knew I had managed to capture Koto’s initial reaction as it happened, but I was worried because of all the excitement and laughter that it may not have been bang on in focus,” she said.

“The look I captured was her saying ‘a boy? Jess am I hearing this right’, I remember saying to her, ‘Yes you have a son!”

“It was the first image I opened when I got home to edit.”

AMAZING capture. What a great memory to keep.

Did you have a surprise gender delivery?