Article The Magical Sleeping Beauty: A Knight Avenger’s Tale Is A Pantomime NOT To Be Missed 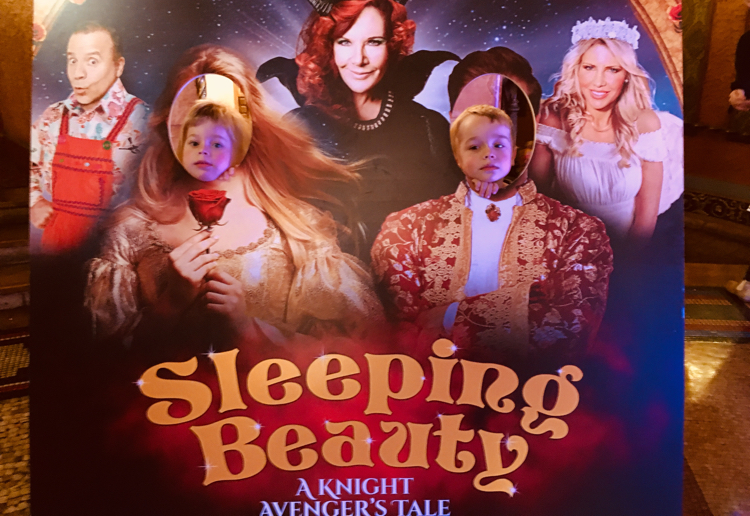 When the world is full of too much bad news, it is so refreshing to completely escape into the world of pantomime and just enjoy a few hours of fun, laughter, smiles and catchy music.

These school holidays, whatever you do, do NOT miss the fabulous Sleeping Beauty: A Knight Avenger’s Tale, now showing at Sydney’s State Theatre until 22 July.

It was my kids’ first every experience of pantomime and they were absolutely engaged from beginning to end (they’re four and six). They loved that they could ‘Boo’ when the baddies came on and “Aw” when the goodies appeared. We could sing along and clap and yell and just have a rollicking lot of fun.

As is typical of the traditional pantomime style, the jokes have good ‘ol dose of slapstick and a subtle hint of lewd, which pretty much went over the kid’s heads while the grown-ups sat cackling with laughter.

The story is (loosely) based on the Sleeping Beauty fairytale with some generous poetic license and a modern twist. There is a mix of catchy 80’s rock anthems with moving ballads and sing-a-longs, together with energetic choreography.

There were some stand-out performances from the runaway favourite of the night – the hilarious Silly Billy played by the enormously talented Kev Orkian. Billy somehow managed to get a theatre full of people eating out of his hands – he made us laugh, scream, sing and basically took us on a journey that just made us feel happy.

Seasoned actress Ronda Burchmore was scintillating as the evil (‘BOOOOO’) Carabosse and lit up the stage with her glamorous cunning and magical vocals.

There were also wonderful performances from the Melissa Tkautz as the good fairy, Embla Bishop as Aurora, Frazer Hines as the King and Katrina Retallick as Nanny.

There was also a cameo appearance by Studio 10’s Sarah Harris who accidentally bopped poor old Silly Billy in the eye – which was clearly not in the script – and produced a flurry of giggles from the cast and the audience.

It was obvious that the cast was having just as much fun as those of us who were watching, which made us enjoy the show even more.

My kids’ favourite part was the hilarious rendition of “The Twelve Days of Winer”…I would go back to see the show just to get a repeat performance of this….it was so funny!

The script was clever, the costumes were dazzling and the sets were simple but effective.

All in all, this panto gets five stars from me! It’s suitable for anyone from age 4 to 104 and everyone in between. Don’t miss it!

Bonnie Lythgoe’s Sleeping Beauty: A Knight Avenger’s Tale is playing at the Sydney State Theatre until 22 July. Get your tickets here.