Article The original names of your favourite TV shows! 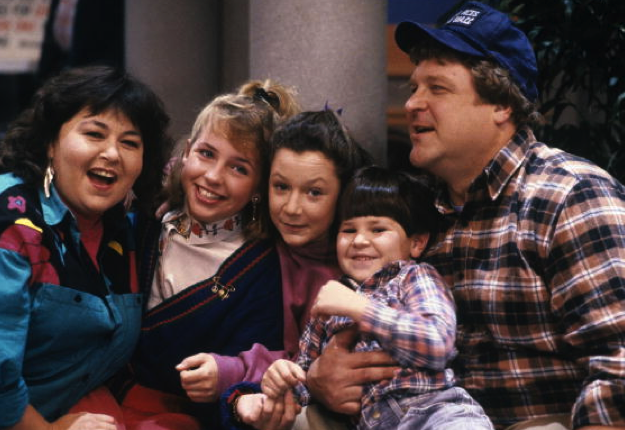 Ever heard of a television show named Insomnia Café? How about Not The Cosby’s? There’s no doubt you most likely would have, but you don’t know it.

Here are some of the original titles for some of your FAVOURITE shows….

SpongeBoy Ahoy! has a nice ring to it. That’s why it was the original name for Stephen HIllenburg’s famous cartoon, SpongeBob SquarePants. The name was changed after the voice acting for the pilot had already been completed, as Nickelodeon’s legal department found that the name SpongeBoy was already in use for a mop product. Who would’ve thought? Hillenburg decided that the name still had to include the word “sponge” so that viewers would not mistake the childlike sponge for a “cheese man”. Good idea!

That ‘70s Show: so simple, but so right. The process of finding that name wasn’t so straightforward. Titles like Teenage Wasteland, The Kids Are Alright and Reeling in the Years were considered, however because of the obvious references to songs by The Who, legal issues prevented their use. The creators were inspired by the people in focus groups who would say that they “liked that show about the ‘70s.” And thus, the title of the show as we know it today was born.

Lost almost went Nowhere when the title of the original script was named exactly that. Co-created by J. J. Abrams, the simplistic idea of plane crash survivors on a mysterious deserted island took off in a huge way. The pilot alone cost $14 million, but it paid off when Lost went on to be a critically acclaimed and popular success: it was the recipient of hundreds of award nominations, and won numerous industry awards.

The series known for mocking the happy family life presented in programs such as The Cosby’s, was, not by coincidence, originally titled Not The Cosby’s. A quasi-white trash version of the family comedies that were so popular in the 1980’s, the show had a loyal fan base and aired for 11 seasons.

The original name for Roseanne was Life and Stuff, which the titular star thought neatly summed up the premise of the show. However, Roseanne Barr’s standup comedy was proving a huge hit at the time, so the producers of the show decided to capitalise on that and name the show Roseanne. Life and Stuff became the name of the pilot episode.

Happy Days went through a variety of name changes to end up with the unmistakable name we know this nostalgic show as today. The history of this show began as an unsold pilot in 1971 called New Family in Town. The pilot was recycled with the titled Love and the Television Set, and later Love and the Happy Days. The final name change to Happy Days came when the pilot was recast and finally aired in 1974. It went on to become one of the highest-rated shows of the 70’s.

The series about “six people in their 20s making their way in Manhattan” was, rather interestingly, originally named Insomnia Café in the pilot script. It later went on to be called Friends Like Us, and when this was deemed too similar to another shows name at the time, it was changed to Six of One. After several rewrites and changes, Friends has since become one of the most popular sitcoms of all time.

What is your favourite TV show of all time? TELL US in the comments below.