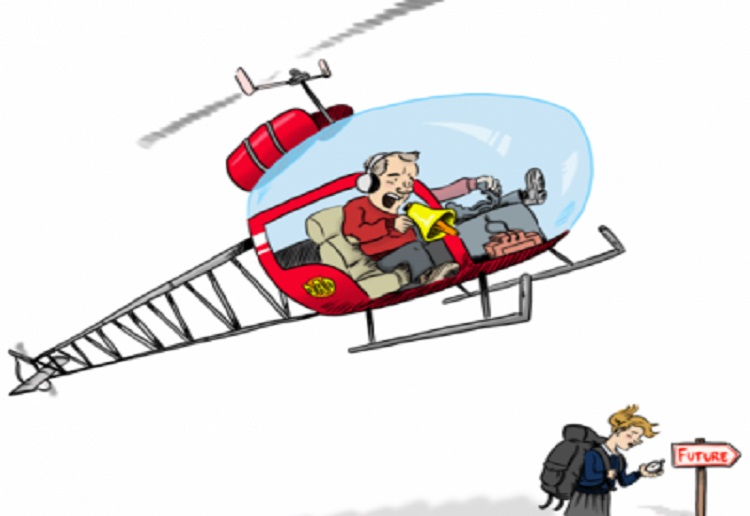 Children who have helicopter parents may be more likely to struggle at school and become badly behaved, according to research.

Kids with parents who hover over them and dictate what they do may be less likely to cope with the challenges of growing up, shares Daily Mail.

The research, by the University of Minnesota, found coddled children are more likely to struggle in school and have difficulties making friends.

This is because children need to learn the ‘fundamental skills’ of managing their own emotions and behaviour, but overwhelming parents could limit their ability to do so.

In a study which observed children whose parents were demanding, the researchers found some of the youngsters became ‘defiant’, ‘apathetic’ or ‘frustrated’.

Examples of ‘helicopter parenting’ in the study included: telling a child what toy to play with, how to play with it and how to clean up after playtime.

Children who are encouraged to handle difficult situations on their own grow up with better mental and physical health, stronger relationships and more academic success, the scientists said.

‘Our research showed that children with helicopter parents may be less able to deal with the challenging demands of growing up,’ said Dr Nicole Perry, lead author of the study.

The University of Minnesota researchers followed the same 422 children in the US over eight years and assessed them at ages two, five and 10.

They found that children with parents who constantly tell them what to do are less able to control their emotions or to behave well.

The research was published in the journal Developmental Psychology. Read more here.