Article The Two Little Heroes That Saved Their Daddy’s Life 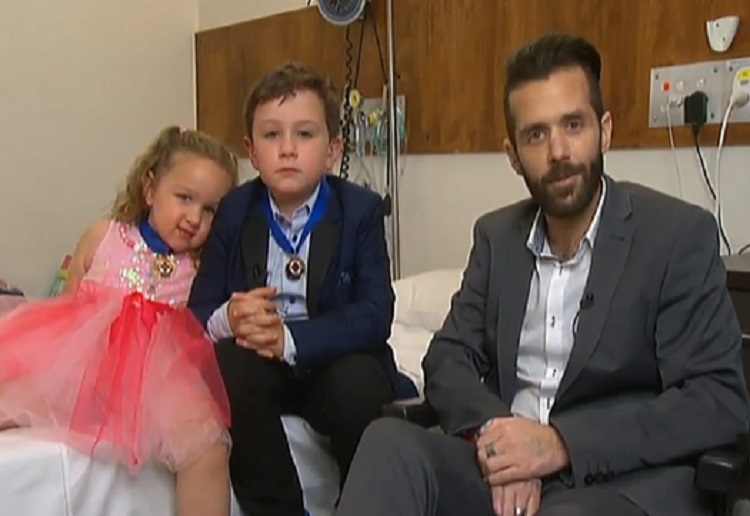 An eight-year-old boy and three-year-old girl who helped save their dad’s life are among 17 Victorians hailed as local heroes.

Phoenix Pool and his sister Winter Paget raised the alarm when they noticed their father was confused and not behaving normally, and stayed on the phone to triple zero until an ambulance arrived.

The pair were recognised along with others who saved the lives of fellow Victorians at the Ambulance Victoria Community Heroes award ceremony in Melbourne on Tuesday.

“”I remember I went to go give dad a hug and he woke up and he wasn’t making any sense, and a couple of minutes later I called mum,” Phoenix told 3AW, admitting he was frightened.

When a triple zero operator called the house, Phoenix kept them informed about his dad’s condition until an ambulance arrived, while his sister offered support.

“We have some of the most highly skilled paramedics in the world, but medical emergencies can occur anytime, anywhere,” associate professor Tony Walker, chief executive of Ambulance Victoria, said.

“”It’s important we recognise and take inspiration as a community from the confidence that each of our heroes showed to put their own fear aside and step in to help someone in a life or death situation.”

Their dad is still in hospital three months later, after being diagnosed with meningicoccal and just this week losing both his legs to the disease.

They recently appeared on The Project, watch below

We are thinking of the family and wish them well x