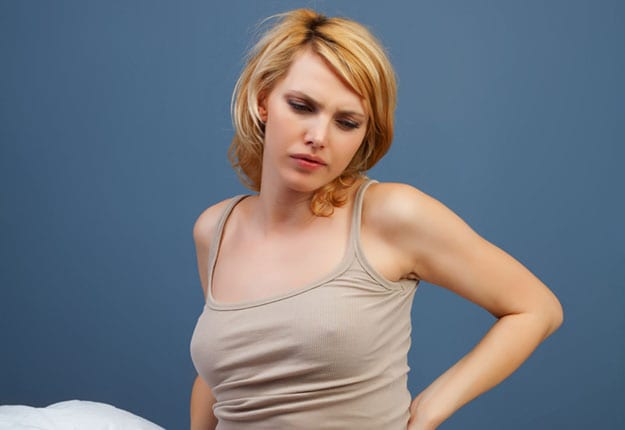 “It’s a deep burn”… for me the phrase used to refer to the feeling you get after an intense but fulfilling bout of exercise.

Now, well into the third trimester, we’re talking about a burn of a different kind. The one that crops up after you’ve wolfed down a sandwich like a ravenous hyena, only to regret it within ten minutes, and for the rest of the afternoon. Gone are the days of a satisfying workout, now it’s all about working out what will fill your stomach without setting fire to it.

I’ve been enjoying keeping an eye on all the pregnancy apps and weekly updates, but I’ve noticed a disturbing trend. For each week that your baby gets some adorable new feature – like batting its eyelids or sucking its thumb, you get something horrible to deal with.

Your baby has – fingernails!

You have – swollen ankles!

Your baby has started to hear!

You have stopped being able to sleep through the night

Your baby is noticing your voice

You are noticing the constant urge to … oh let’s be frank – break wind.

Your baby is bigger than ever!

Your gums are bleeding. (Could someone please explain why bleeding gums is a side effect of making another human?!?)

At our antenatal classes the men were asked to describe the best and worst things about pregnancy. Along with the one-sided pleasure of a built in designated driver, increased bust size was right up there (unless you’re venturing into E cup territory and beyond you’ll probably agree). Garrett listed as worst pregnancy symptom for him – ‘huffing and grunting’. Yup, the reduced lung capacity hasn’t gone un-noticed as I struggle to make it up the sixty stairs from the street to our house. I can’t even remember what it was like to set off at a brisk pace and not end up feeling like I’ve just attempted the London Marathon off the couch. There’s the encroaching waddle factor as well, feeling like you can only progress forwards by also throwing your weight from side to side like an emperor penguin. And while all the health and fitness articles recommend getting regular, gentle exercise, I’m so exhausted that anything more than a few yoga stretches results in me needing to take a four hour nap. Not possible when I’m still hauling myself to work every day!

The third trimester is considered the home stretch, but when people proclaim “not long to go now!” It’s all I can do not to suggest that they strap a bowling bowl to their stomachs for eight weeks. Then come back to me and we’ll discuss the concept of ‘not long’!

There’s also the constant flip-flop of emotions between uncontrollable excitement and sheer terror of the thought of a completely helpless being arriving to change your life forever as the clock ticks down to that inevitable day.

The third trimester is a tough time both physically and emotionally, but I do have one thing to be completely excited about – this year I’ll definitely be able to stick to my New Year’s Resolution – lose five kilos by February!

What did you struggle with most in the final weeks of pregnancy?