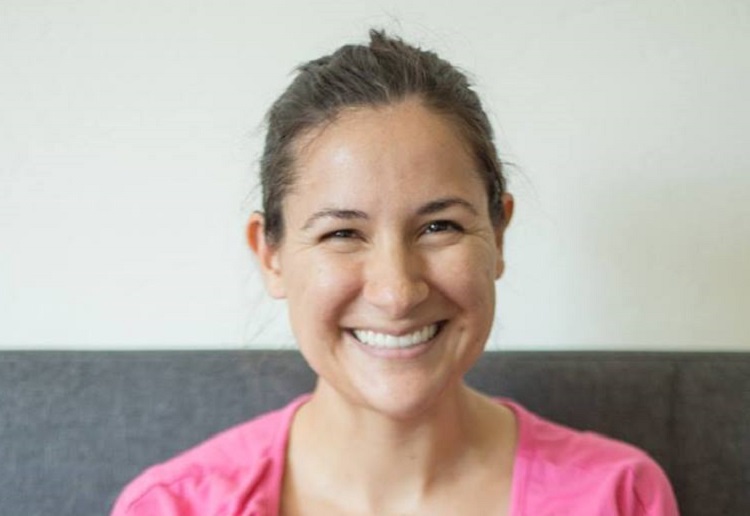 A new mum is going viral after a photo of her pumping while running a half marathon hit social media.

Yes, we mean breast pumping. Anna pulled out a hand pump mid-run, and kept going while she expressed her milk.

Anna Young, from Salt Lake City, tells Babble she signed up to run the half-marathon before she even discovered she was pregnant.

She goes on to tell Babble she trained for the race with her baby daughter in tow, pushing her in a jogging stroller for the months leading up to the marathon. But when marathon day finally drew near, she admits that she was a bit nervous, mostly because she was still nursing her daughter, who was 5-months old at the time. She wasn’t sure how she’d be able to go so long without nursing or pumping. 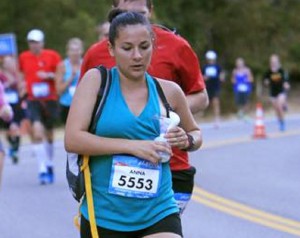 “I was nervous about figuring out how to run and nurse or pump,” Young tells Babble, “I remember reading about one of my former teammates who competed in a triathlon and she did something similar. I originally planned on sitting at one of the aid stations or on the side of the course, but I was so excited about how well I was running I decided to walk and pump at the same time.”

The moment was caught on camera, Ms Young shared the photo on the breastfeeding Facebook site, Occupy Breastfeeding, where it’s since gone viral, with over 7.5K likes, 600 comments and 1K shares.

“Yesterday I ran a half marathon at five months postpartum,” Young shared in her post. “I had to leave at 4:30 AM and the race started at 6:45 AM. I nursed my daughter before I left my house, pumped after running the first 8 miles and nursed her after I made it past the finish line.”

She says, “I have been overwhelmed with the reaction and support my photo has received. I’m grateful that the response has been so positive because I never imagined the momentum that people would see and share it.”

“I hope I’ve helped encourage other mothers that we really can accomplish just about anything while we care for our children,” she adds.