Article To shop or not to shop 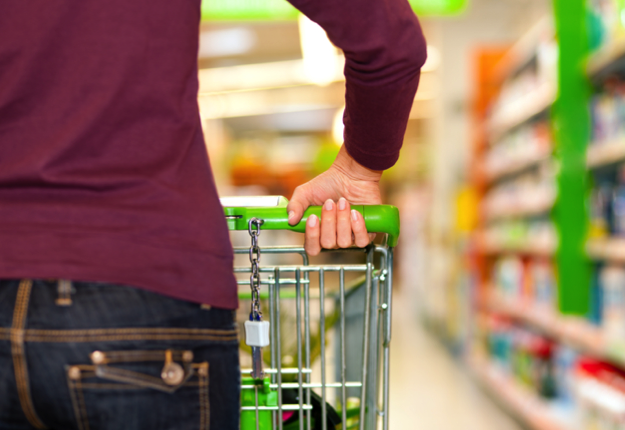 Two weeks ago, I had to bite the bullet and shop with ALL of the kids.

Why am I writing about it now you ask?  Because the trauma has only just left me. Yes, trauma. I’m going to paint a picture for you;

Imagine a lovely new house, you’ve just moved, that new home mania of keeping everything clean and spotless is still at the fore. The only thing missing is food. Sadly all of these kids actually want to and actually need to eat sometimes.

I had put it off as long as possible, it came to crunch time. Either I shop or the kids have no school snacks and I have no chocolate (I still can’t decide wich is the more drastic situation).

So I dressed the kids, made them oh so beautiful, brushed and plaited and pigtailed hair. Managed to find shoes for all of the children. I should have known by laws of physics, murphy’s and mummy’s that one action must equal a reaction.

Call me a bogan if you will, but it’s still cold and I needed my ugg boots – oh and it was raining too. But no, I couldn’t find them. I looked in every bag, box, wardrobe, under bed – everywhere.

I was under a time limit, there’s only so long that a nearly 2-year-old will stay clean.

So I decided to wear my work boots, A very expensive reputable brand. My jeans would cover them, since I’m almost short enough to be classified as a gnome, and every pair of jeans is always far too long.

So off I went to Aldi, raining, kids starting to get fractious. But I was determined! My local Aldi is on the second floor, you either climb stairs or a ramp to get in the shop. We started our ascent, and on the bend – it started to happen.

My foot faltered, I thought that I had stepped on something. If only that were the case. Nope, the whole rubber heel of my boot fell off.

Being the total card and all round hilarious chick that I am. I called the kids attention to it “Hey guys, look at this, my shoe just fell apart.”

We all had a giggle and I continued up the ramp with a noticable limp. No biggie, I can get away with that, people would just think that all those kids had left permanent war wounds. THAT part was funny.

We walk through the doors and yup, you guessed it, the other boot blew out. But not so cleanly or as funny as before.

Every step I took more and more of my boot disintegrated, leaving a trail of boot death behind me. Kind of like Hansel and Gretel but not; toxic waste rather than a snack for birds or toddlers (yeah another story there).

It wasn’t funny anymore. I froze and managed to say to the kids “Oh my God, I Am MORTIFIED” God bless my babies beautiful hearts. From the look on my face and the words I managed to get out, they knew this was a life and death matter.

They all went into capture and contain mode, six kids, no sorry five kids (Lani was on my back in the ergo). All scooting around on the floor picking up, scraping up if they could have I’m sure they would have sucked up if it would have stopped that face on Mum, the black detritus of death that was once my boots.

There was nothing for it, but to take off the boots and shove them in a bag. How lucky I was to have been wearing knee-high fluorescent yellow with black tiger-striped socks. They were so inconspicuous, I may not have been there at all – talk to me one day about camouflage, I totally will give you the low down.

Any parent that has to get even one child in and out of a car seat knows what a pain in the butt it can be. Getting four of them in and out is a nightmare, and since grocery shopping and I don’t go together – I would much rather volunteer to have nails pulled if someone would shop for me.

You guessed it, I decided to continue to shop, occasionally hearing the sniggers of people who had followed my trail pointing out more pieces of my shame.

I really don’t want to speak about the old lady who stabbed me in the head with her accusing eyes, and hacked at my soul with her tut tutting from the demons that gave her life.

The only saving grace of that shopping experience was stepping in a puddle and running over my little toe with the trolley in the parking lot.