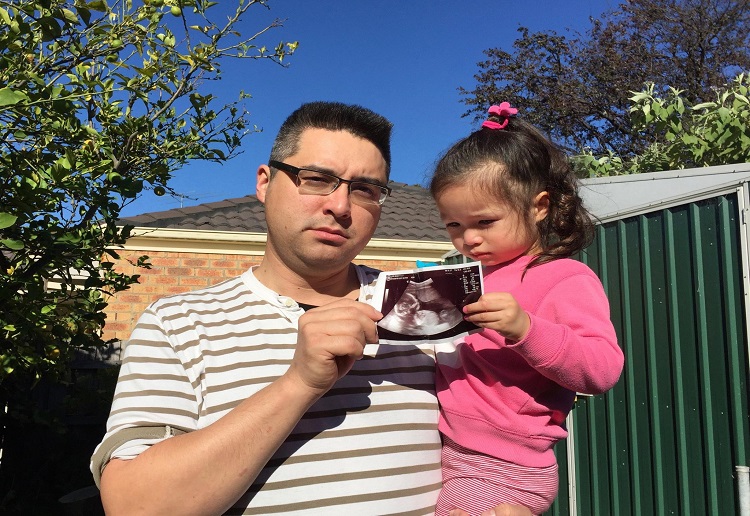 Phillip Wong is one very heart broken dad that had to break terrible news to his three year old daughter that her baby sister has died.

In a post on Facebook over the weekend Phillip shared the terrible news that his wife Emmy had been involved in a car accident that has resulted in the death of their unborn child.

On Saturday my wife Emmy Pham was in a massive car crash. Our unborn daughter was crushed by the seatbelt and slowly dying inside Emmy. The placenta is mostly ripped up. Amniotic fluid is completely drained, mostly on the floor of the car. There is no hope of baby’s survival. 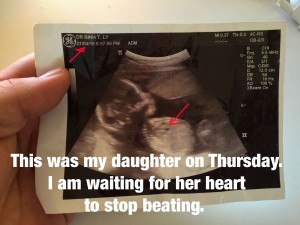 Emmy is hurt but will recover. She will be in hospital for a few weeks.

“Hamid”, the man who ran a red light and hit Emmy came to my house yesterday.

He found my address, but as we were in hospital, he asked the neighbor who gave him Emmy’s phone number.

He called Emmy and harassed us. He accused her of causing the accident, and demanded our insurance details. He was driving an unregistered car ie: No number plates. He further demanded to know what hospital Emmy was in. 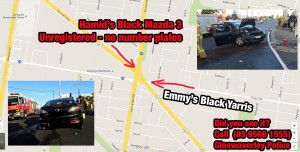 On the phone his English his was barely enough to communicate (IETLS 2 at best). But the accusations are clear. “oh that’s not good” were his words of consolation.

The police said that he can speak English just fine when they interviewed him. I also heard him speaking clearly to police at the scene of the crash just before I had to get in the Ambulance.

We have been ‘encouraged to contact police’ if he shows up again. I don’t expect any action to be taken.

No witnesses have come forward as yet. Without evidence, this guy will get away with it. According to police there is a 50:50 chance it was his fault or Emmy’s fault, unless someone can describe what happened.

This is not about insurance. This is a criminal matter.

Police are also appealing for witnesses.

Our thoughts are with them at this tragic time. Can you help?