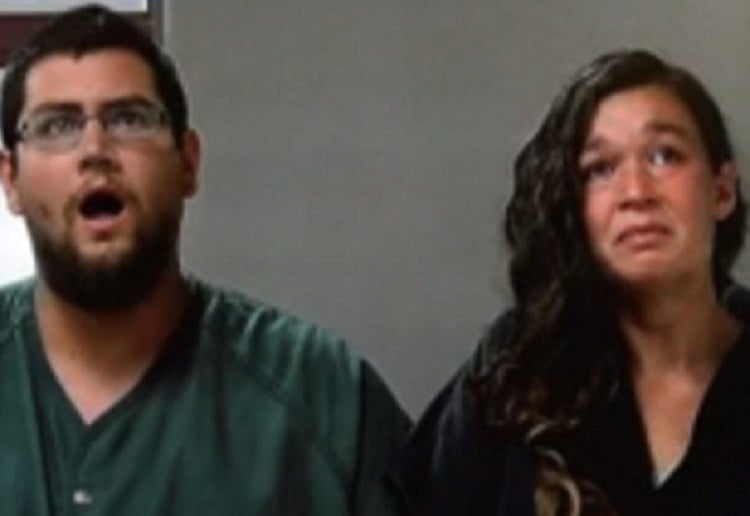 Parents of a 10-month-old girl who died of malnutrition and dehydration allegedly refused to get medical help for religious reasons face life in jail.

Seth Welch and Tatiana Fusari, both 27, were charged with felony murder and first-degree child abuse on Monday over the death of their daughter, Mary, on Thursday, reports Daily Mail.

In incredible footage filmed in a Kent County court, Welch stared at the judge with his mouth wide open as she read out the charges, while Fusari burst into tears.

First responders found Mary with sunken eyes and cheeks after Welch called 911 to say he had found the child dead in her crib. An autopsy on Friday ruled her cause of death as malnutrition and dehydration due to neglect by adult caregivers.

Welch and Fusari, who also shares her husband’s surname, were brought in for questioning where they admitted to noticing their daughter was skinny and underweight as early as a month before her death.

The parents, from Cedar Springs, did not seek medical help ‘for fear of having Child Protective Services called, lack of faith and trust in medical services and religious reasons’, according to court documents.

Welch has posted about CPS, a distrust of doctors and his religious beliefs on Facebook in often rambling videos. He spoke in one about refusing to get his children vaccinated because ‘God is sovereign over disease’.

Child Protective Services filed on Monday a neglect case against the parents involving their two eldest children. Fusari is also believed to be pregnant with a fourth child.

The parents are being held without bond and court records do not list lawyers who can speak on their behalf.

The couple could face life in prison without parole, if convicted of felony murder. They are back in court on August 20.