Article Toddler has sexual organs of a grown man 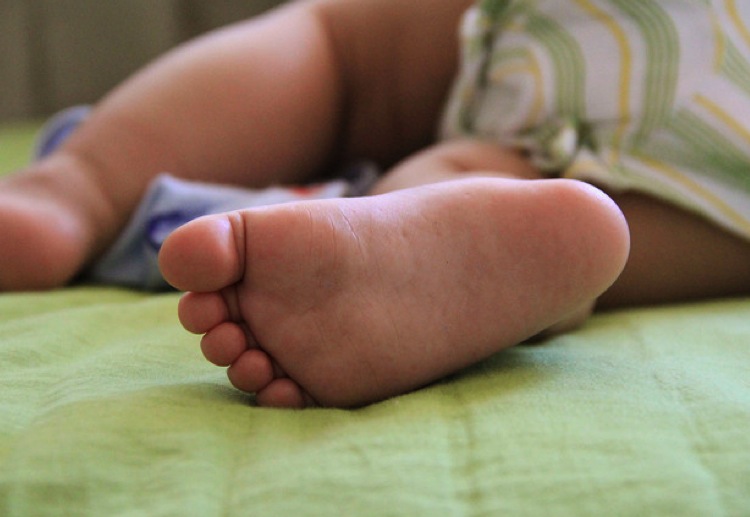 A TODDLER in India has been diagnosed with a rare condition known as “precocious puberty” after developing the sexual organs of a grown man.

The child is being treated in a Delhi hospital after being diagnosed with the hormonal condition, which can cause sexual urges.

The Hindustan Times says the toddler’s parents noticed disturbing physical changes when the boy was just six months old, and his genitalia had started growing abnormally.

They took their son to the doctor when he was 18-months-old. At that point he was 95cm tall and had already started getting facial and body hair, and had fully developed sexual organs. His voice was also starting to break.

“We thought maybe he was just a big baby, so we did not take him to the doctor,” his mother told the Hindustan Times.

“But by the time he was one, it was apparent there was something wrong.

“My mother-in-law, who has taken care of several children in the family, also said that his growth seemed unnatural. That is when we took him to the doctor.”

Dr Vaishakhi Rustagi, who is treating the child at the hospital, said: “His testosterone levels were exceptionally high, as high as that of a 25-year-old, because of which he had started experiencing physical changes.

“Since he was so young, he was not able to understand what was happening. He would experience sexual urges too.

“Precocious puberty is traumatic for a child of his age and it makes them violent — his muscle strength increased to a level that even his parents couldn’t control him.”

“Precocious puberty” is defined as any child who goes through puberty before the age of seven or eight.

Precocious puberty is a very rare condition, especially at such a young age. According to Dr Rustagi, only one in 100,000 have this condition, with the incidence increasing to one to two in 100,000 in boys aged eight to 10.

“It is a rare case that happens once in 10 odd years. Precocious puberty is traumatic for a child of his age. The baby can’t express his feelings or understand what his happening to him, while his parents are left confused,” said Dr Rustagi.

Further tests revealed that there was no underlying cause for the increased levels of hormones and the doctors put him on hormone therapy. He needs to take injections that help in blocking the effect of the hormones once a month. Later, the dose will be reduced to once in three months till he is 10-11 years old and is ready to accept the changes in his body.

“If such children are not treated, they will become violent. The physical changes will not be suitable for their age. They will also stop growing after a few years and remain about 3-4ft tall,” Rustagi said.