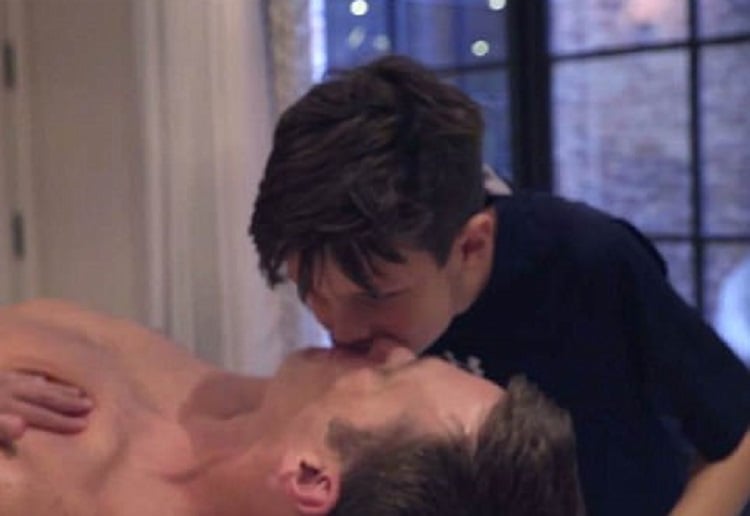 American NFL star, Tom Brady, is facing backlash after kissing his son on the lips.

The 40-year-old was filming for his Facebook series, Tom vs. Time, when his son Jack walked into the room.

The 11-year-old asked whether he could play a video game, to which Brady replied “what do I get?”

As all young children do, he sighed but dutifully wandered over to give his dad a kiss. The boy gave a quick peck, to which Brady responded: “That was like a peck,” prompting Jack to walk over and kiss him again for a few seconds longer. As he walked away, the boy wiped his lips with his shirt as he walks away.

As soon as the moment aired fans commented that they felt “uncomfortable” watching the exchange. One Twitter user even called it “disturbing”. 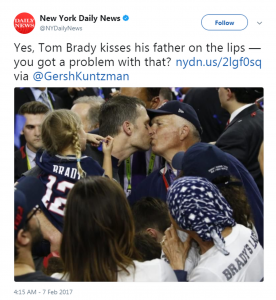 Jack is Brady’s eldest son from a previous relationship with actress Bridget Moynahan. He has two other children, Benjamin, 8, and Vivian, 5, with model Gisele Bündchen.

The kiss sparked mixed reactions from fans. Some thought it was too much while others supported the dad and didn’t see an issue at all.